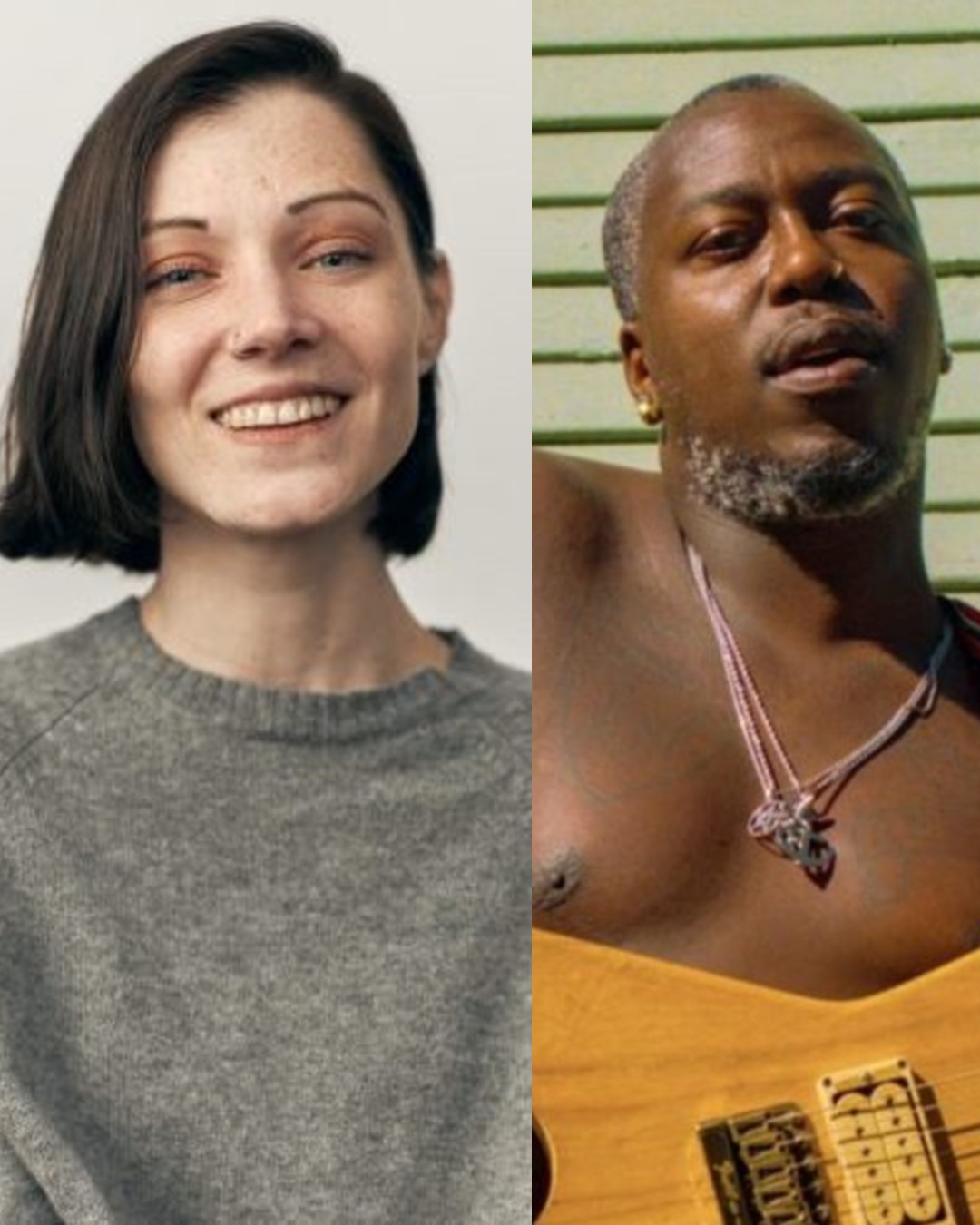 Lambda Literary is pleased to announce that Sarah Gerard and Brontez Purnell have been named the winners of the 2021 Jim Duggins, PhD Outstanding Mid-Career Novelist Prize.

The prize, which is dedicated to the memory of author and journalist Jim Duggins, honors LGBTQ-identified authors who have published multiple novels, built a strong reputation and following, and show promise to continue publishing high quality work for years to come. Introduced in 2007, this award is made possible by the James Duggins, PhD Fund for Outstanding Mid-Career LGBTQ Novelists, a fund of the Horizons Foundation, and includes a cash prize of $5,000.

To read the outstanding body of work Sarah Gerard has created is to know you are in the hands of a lover. Her writing, spanning both fiction and nonfiction, explores the relationship between womanhood and art, between love affairs and creative partnerships, between eros and the imagination, between sex and communication. Each of Sarah’s reported essays on Florida is a supreme act of care. Her fictional characters emerge out of her close attention to the body, to the subtleties of touch, and to the betrayals of desire. It’s fair to say that Sarah’s work enacts a politics of love on the page, revealing the complex ways that loving a person is as much a reckoning with truth as writing is. As Sarah writes, “Love is feeling and action. What we really want is to be held. Writing about love is a lot like love, itself.” What her language is therefore able to hold is nothing short of astounding. Her stories are suffused with those tense and tender ties that confound us, help us grow. In recognition of Sarah’s two novels, her essay collection, and chapbooks—to say nothing of her short stories, reviews, reportage, collaborative work, and beautiful collages—we are pleased to award Sarah a Duggins Prize.

I must admit that, really, as a selfish reader, what I want is voice. True voice is irreplaceable and as distinct as a beloved face, or any face. Every sentence, every dance movement, every musical phrase, and every frame of film made by Brontez Purnell is so completely and entirely a composition of his unique voice that any adjectives I might use feel like just a bag of rocks rather than the mountain itself. But here are a few: intuitive, filthy, sardonic, knowing, unpredictable, queer in myriad senses of the word, multimedia and artistically polymorphous, hungry, lyrical, over it, never over it, wildly tender, tenderly wild, grieving, horny, hilarious, and flowing. He flows the way water flows, his prose that’s so easy, like someone talking right to you late at night, flowing all around love and death and loss and ridiculousness and joy, not trying to change any of them, just acknowledging that they’re there, the way the stream acknowledges the rock, the fish, the discarded beer can. The water, of course, is both within and without. For instance, listen to this passage from 100 Boyfriends:

Passages like this are why I love Brontez’s work, and why—after his two novels, a novella, a children’s book, a memoir, a zine, and his work in film, dance, and music—we are awarding him a Duggins Prize: because describing Brontez’s voice just never comes close. You need to hear it.

Sarah Gerard’s (left) essay collection Sunshine State was a New York Times Editors’ Choice, a finalist for the Southern Book Prize, and was long-listed for the PEN award for the Art of the Essay. Her novel Binary Star was a finalist for the Los Angeles Times award for First Fiction, and was a best-book-of-the-year at NPR, Vanity Fair, and Buzzfeed. Her novel True Love was a Best Book of 2020 at Glamour and Bustle, and winner of an Audiofile Earphones Award. Shondaland called it, “appalling and hilarious… surprisingly poignant. It’s an extremely resonant social satire.”

Sarah’s short stories, essays, and interviews have appeared in The New York Times, T Magazine, Granta, Guernica, Electric Literature, The Baffler, The Believer, Vice, Electric Literature, and the anthologies We Can’t Help It If We’re From Florida, One Small Blow Against Encroaching Totalitarianism Vol. II, Erase the Patriarchy, and Tampa Bay Noir.

Her paper collages have appeared in Hazlitt, BOMB Magazine, The Creative Independent, Epiphany Magazine, and No Tokens Journal. Recycle, a co-authored book of collages and text, was published by Pacific in 2018.

She’s been supported by scholarships and fellowships from Yaddo, Tin House, PlatteForum, the Whiting Foundation, and Ucross. She was the 2018 – 2019 New College of Florida Writer-in-Residence.

Brontez Purnell (right) is a writer, musician, dancer, filmmaker, and performance artist. He is the author of a graphic novel, a novella, a children’s book, and the novel Since I Laid My Burden Down. Recipient of a 2018 Whiting Award for Fiction, he was named one of the 32 Black Male Writers for Our Time by T: New York Times Style Magazine in 2018. Purnell is also the frontman for the band the Younger Lovers, the co-founder of the experimental dance group the BrontezPurnell Dance Company, the creator of the renowned cult zine Fag School, and the director of several short films, music videos, and, most recently, the documentary Unstoppable Feat: Dances of Ed Mock. His current novel “100 Boyfriends” is out now on FSG. Born in Triana, Alabama, he’s lived in Oakland, California, for 19 years.

Read our interview with
Sarah Gerard