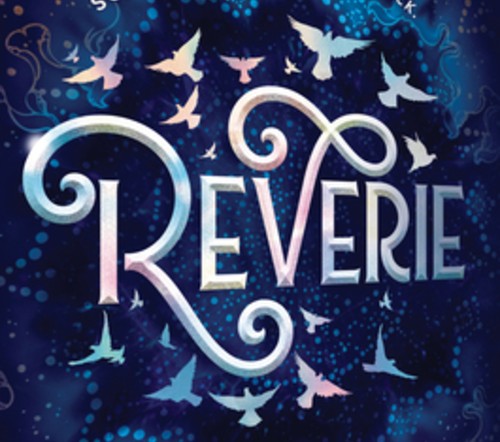 December is here, and we’re back with more LGBTQ releases for your reading list!

Selected for the Barnes & Noble Young Adult Book Club, Reverie by Ryan La Sala is getting a lot of attention. The School Library Journal has called it an “outstanding debut…[that] will light readers’ imaginations on fire.” Our favorite part? The antagonist is a drag queen sorceress.

REVERIE is a YA contemporary fantasy novel about what happens when the worlds we hide within ourselves become reality, and how far we’re willing to go to confront our darkest dreams. It features a diverse cast of queer teens doing their best to master powers that spawn from their greatest fears, to defeat a sorceress determined to tear apart reality and start over on her own terms.

In LGBT Studies, we are very excited for Mark McBeth’s Queer Literacies.  Mark serves as Associate Professor at John Jay College of Criminal Justice. If you are interested in queer theory and queer rhetoric, this one’s for your reading list!

In a documentarian investigation of the major LGBTQ archives in the United States, Queer Literacies: Discourses and Discontents identifies the homophobic discourses that prevailed in the twentieth-century by those discursive forces that also sponsored the literacy acquisition of the nation. Mark McBeth tracks down the evidence of how these sponsors of literacy—families, teachers, librarians, doctors, scientists, and government agents—instituted heteronormative platforms upon which public discourses were constructed. After pinpointing and analyzing how this disparaging rhetoric emerged, McBeth examines how certain LGBTQ advocates took counter-literacy measures to upend and replace those discourses with more Queer-affirming articulations. Having lived contemporaneously while these events occurred, McBeth incorporate narratives of his own lived experience of how these discourses impacted his own reading, writing, and researching capabilities. In this auto-archival research investigation, McBeth argues that throughout the twentieth century, Queer literates revised dominant and oppressive discourses as a means of survival and world-making in their own words. Scholars of rhetoric, gender studies, LGBTQ studies, literary studies, and communication studies will find this book particularly useful.

In the genre of graphic novels, you won’t want to miss Volume 14 of Fumi Yoshinaga’s What Did You Eat Yesterday? Serialized since 2007, this series captures a casual romance between two 40-year-old men and the many meals they share together. Earlier in 2019, a TV adaptation of the series was aired on TV Tokyo. Over the past decade few female comic artists have been as beloved as Fumi Yoshinaga.

In nonfiction comes a celebration of San Francisco’s queer literary giant, Steve Abbott, Beautiful Aliens: A Steve Abbott Reader. His writing spans a variety of political subjects from the Watts riots in Los Angeles to the future of gay culture in the aftermath of the AIDS epidemic. From the publisher:

Beautiful Aliens: A Steve Abbott Reader is a landmark collection representing the visionary life’s work of beloved Bay Area luminary Steve Abbott. It brings together a broad cross-section of literary and artistic work spanning three decades of poetry, fiction, collage, comics, essays, and autobiography, including underground classics like, Lives of the Poets and Holy Terror, rare pieces of treasured ephemera, and previously unpublished material, representing a survey of Abbott’s multivalent practice, as well as reinforcing his essential role within the contemporary canon of queer arts.

And as always, if our reading list of LGBTQ releases missed an author or book, or if you have a book coming out next month, please email us.

Nikky Finney: Heart, Truth, and Justice
Read Now! The Inaugural Issue of 'Nepantla: A Journal Dedicated to Queer Poets of Color'
'On a Sunbeam' by Tillie Walden