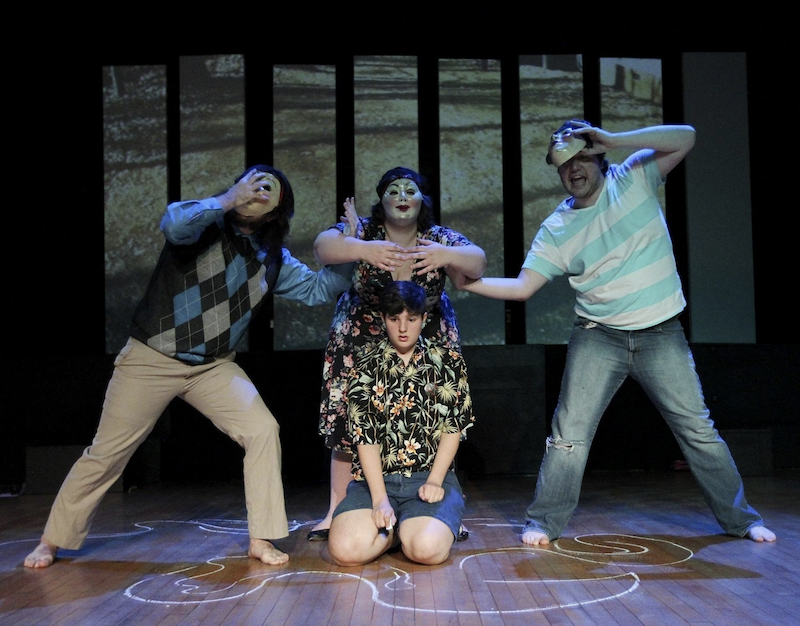 Don’t worry, I’m back with more LGBTQ theatre news. Pride month was a busy month for queer theatre, but that doesn’t mean we’re taking the month of July off. This roundup brings you three brand new LGBTQ theatre initiatives, which is awesome, as well as some hot reviews, interviews, and awards. Don’t forget, theaters tend to be dark and cool, so it’s a perfect time to find that hot summer theatre in your city.

A snub led to the creation of the first of our LGBTQ theatre initiatives. During Pride month, Atlanta’s newly elected, and only LGBTQ, city council member Antonio Brown left out queer arts organizations and any queer artists from his Stonewall honors last month. This proved to be a catalyzing moment as it led to the creation of Atlanta Queer Arts Alliance with a mission to promote LGBTQ film, music and theater. Read about the newly founded coalition here. 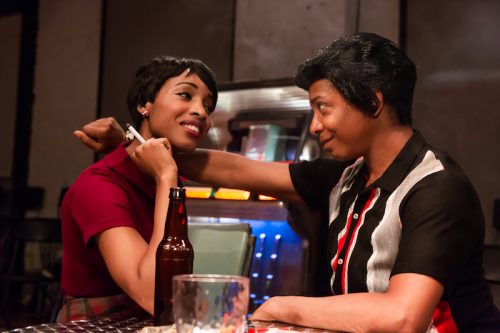 The Other Side of Silence, New York City’s oldest and longest producing LGBTQ+ theater company, is staging Bar Dykes—written in the early 1980s by lesbian playwright Merril Mushroom. The production, which is running in New York until August 3rd, got an in-depth review from Artforum that’s a great read especially if you, like me, aren’t going to be able to check it out before the show closes. Read the review by Jess Barbagallo here.

It’s not just Atlanta where artists are looking to elevate queer theatre. The next of our featured LGBTQ theatre initiatives comes to us from Boca Raton. Theatre Lab, the professional resident theatre based at Florida Atlantic University, unveiled their new “Fair Play Initiative” which will seek to commission and develop plays by LGBTQ+ playwrights. This year, the Fair Play Initiative will benefit two playwrights, Patricia Cotter and Rachel Lynett, who will receive a monetary award and visit Theatre Lab to participate in a week-long development process, culminating in a publicly presented staged reading at Theatre Lab during the 2019-20 season. Read more about the new program and the winning playwrights here. 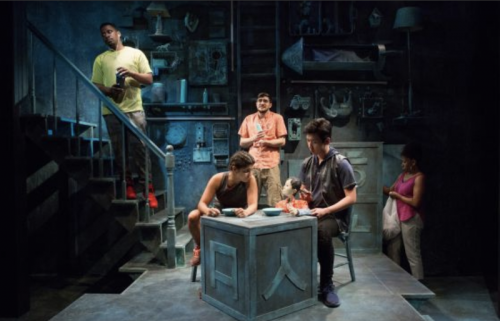 Hansol Jung’s new work Wolf Play had its midwest premiere in Chicago this month and received high praise from critics. In the play, a young boy, portrayed by a puppet, is adopted by a lesbian couple from a homophobic man who can’t handle the child. Read the Windy City Times review here.

Chicago theatre company About Face Youth Theatre is staging their original devised work 20/20 that both celebrates the theatre’s 20 years in operation and the people who have been involved over the past two decades. The twelve-person ensemble created the show based on their own experiences and those of AFYT alumni. The Chicago Reader wrote about the powerful performance that closes at the end of July. 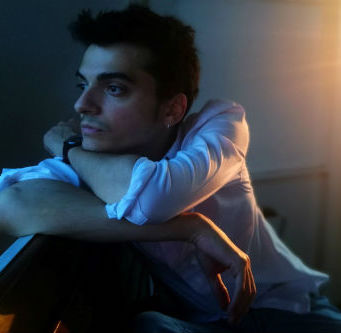 The Kevin Elyot Award was announced this week. The prize was awarded to Istanbul-born playwright Erdem Avşar, who is known for penning political and often poetic work. In his work as a writer, translator and lecturer, Avşar focuses on form and style and the idea of queering dramatic realms and structures. Read more about the award and Avşar here.

Meanwhile, in Ohio, there’s even more new queer theatre being cultivated. New World Performance Laboratory debuted their QuTheatr Ensemble this week. NWPL started the third of our featured new LGBTQ theatre initiatives to empower queer youth and young adults by amplifying their artistic voices. The ensemble members receive a scholarship for their work in the company through a Knight Arts Challenge grant. Read about the new ensemble and Through His I, an original piece from the group here. 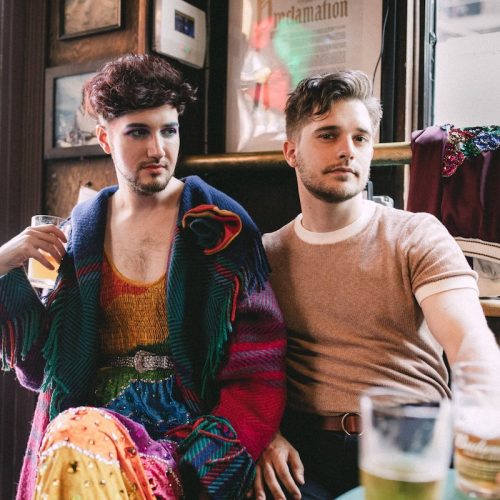 The View UpStairs, a musical based on an arson attack on a New Orleans gay bar in 1973 that killed 32, got its London debut this week, where it will be running through the end of August. One of the performance’s stars, Andy Mientus of the Spring Awakening revival and TV series Smash, spoke with Broadway.com about the show in this great interview.

Featured image: cast photo from Through His I