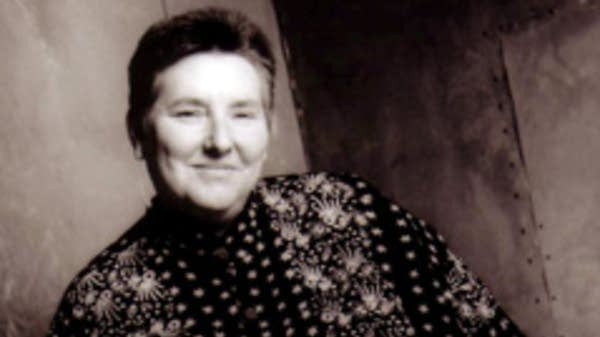 Joan Drury was a Vital Force in Feminist Book Culture

Joan Drury was a Vital Force in Feminist Book Culture 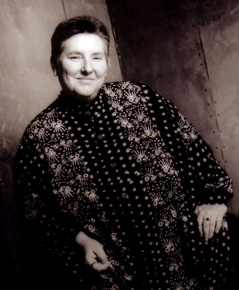 One way to narrate the history of a publisher is to list authors and book titles. The paragraph above is only a handful of the titles published by Spinsters Ink under the direction of Joan Drury and her daughter Kelly Kager during the decade that they owned and operated Spinsters Ink, an iconic feminist publishers founded in the twentieth century that continues today as an imprint of Bella Books. Drury died on November 9, 2020 at the age of seventy-five.

Since the news of Drury’s death came over publishing networks, first Publisher’s Weekly, then Shelf Awareness, then Susan Stinson’s wonderful piece here at Lambda Literary, I knew that I wanted to write something about her, though my connection is minor. I interviewed Drury as a part of my dissertation research, and Spinisters Ink figures prominently in the book manuscript I am completing on lesbian-feminist publishing from 1969 until 2009. Drury is a vital character in women’s book culture during the 1990s and 2000s. She operated with many roles in feminist visions of the world and of women’s book culture. She was the author of four novels, The Other Side of Silence (1993), Silent Words (1996), Closed in Silence (1998), and Those Jordan Girls (2000). She owned and operated Spinsters Ink with her daughter and an array of other incredible women who worked at the publishing house; she also founded the women’s writer’s retreat Norcroft. Most recently, she owned and operated Drury Lane Books on the shores of Lake Superior in Grand Marais, Minnesota. Wealth inherited from her parents and savvily managed by Drury financially enabled this work, but passion and commitment to feminism and lesbianism also drove Drury’s projects. She often described her most important role as that of a reader. While the impulse is to lionize people on the occasion of their deaths, I understand Drury not as a paragon but as an exemplar, as an ordinary woman or in Judy Grahn’s parlance, a common woman. Drury was a member of the pride of women who envisioned, defined, nurtured, and sustained women’s book culture—a phenomenon of feminist, lesbian, and queer culture that continues today.

Celebrating Drury as one in a pride, to continue the metaphor, seems concordant with her own commitments and principles in life. She participated in communities of reciprocal care and affection. Norcroft may be one of the most powerful explications of those values. Drury founded Norcroft in 1993; it operated for fourteen years until 2007, but she noted the idea was conceived 20 years before it was founded, “I had to wait to have the money and the perfect land to make it work.” In “The End of a Dream,” Suzanne Kelsey described the space of Norcroft:

The writers live, four at a time, from one to four weeks, in a lodge on 10 acres of forest overlooking Lake Superior. Designed in 1948 by renowned St. Paul architect Edwin Lunde, the timber-framed lodge with hand-carved posts has a great room with a stone fireplace. Local artists’ works adorn the knotty pine walls, and each of the bedrooms is named after a writer: Amy Tan, Audre Lorde, Barbara Kingsolver and Julia Alvarez.

During the day, writers work in sheds—tiny, eight-by-eight buildings with slanted roofs and windows on one side—sequestered among birches and visited by resident deer.

About the atmosphere at Norcroft, Kelsey continued that the writers did not “speak to each other each day until 4 p.m. because, as Drury explained, women too often listen and respond to others’ needs at the expense of their own work. The silence allows writers to focus on their writing but also creates a sense of “nun-like” connection to the other residents.”

In my interview with Drury, she described Norcroft and her intentions in creating it:

Norcroft [is] a women’s writing retreat…. Four women would come at a time, some of them would come for one week at a time, some for two, three, or four weeks, they couldn’t come any longer than that. It was open … seven months out of the year, because it’s a little hard to run the way we were running it in the winter here in Minnesota, especially northern Minnesota, we were about an hour from the Canadian border…. They were totally on their own to use the time for writing with no interruptions. No one talked during the day, and everyone took care of themselves, cooked and picked up after themselves. But they were otherwise taken care of. The grocery shopping was done for them, the food was in the house, all they had to do was cook it to eat. Or eat it raw, whatever way was easiest for them. So that they could spend their time just concentrating on writing. And that was both for time, for practice because like any of the arts nothing really works like practice. And then but it was also time to write to write things that you couldn’t have time because most women have kids, if they don’t have kids they have a husband, if they don’t have kids or a husband they have a job where they’re in charge or their boss. Women are in charge of the world, is what it really amounts to. And because they’re in charge of the world they never get their own work done, their own desires, their own dreams, their own hopefulness brought into the world. And this was a situation to try to help them have that ability.

Over six hundred women participated in a writing retreat at Norcroft during its operation. Elana Dykewomon remembered on Facebook meeting Drury “when she volunteered for Sinister Wisdom – must have been around 1988-9.” Dykewomon was one of the women who benefited from the space at Norcroft, she remembers, “I was fortunate to stay at Norcroft twice, and once in one of Joan’s writer’s cottages on the lake, that she held a lottery for. She was a good friend and an important support for many women writers over the years.”

Norcroft was a project of Drury’s Harmony Women’s Fund, a philanthropic organization that supported over one hundred women’s projects in Minnesota. Remembering Drury, Gwen Danfelt, the manager of Drury Lane Books, recounted finding a self-inking stamp at the shop that said, Lesbian Money! When she asked Drury about it, Drury said that throughout the 1990s when paying bills, she stamped her checks with it so that people knew lesbians paid their bills and that they knew from where the money was coming. Bold visibility and philanthropic activism were part of Drury’s signature. In 1991, she initiated the National Lesbian Writer’s Award administered by Astraea. Melinda Goodman, Yasmin V. Tambiah, Mariana Romo-Carmona, Magdalena Zscokke, and Ana Maria Simo were the first winners of the award judged by Audre Lorde, Jewelle Gomez, Gloria Anzaldúa, and Sarah Schulman. In subsequent years, winners of the award include Dorothy Allison, Nikky Finney, JP Howard, Lisa Moore, and Achy Obejas, among many others. In all of the projects Drury initiated, she lifted up women writers, brought new visibility to lesbian writers, and valued everyone, providing foundations and opportunities for women to do new and interesting work.

In 2000, Drury sold Spinsters Ink. She wrote in the Lambda Book Report that “The new generation will be able to take lesbian publishing into a whole new world with all the major technological breakthroughs, ebooks, internet publishing and so on. These are exciting times.” This optimism and belief in a future available to be made by our own hands is one of the hallmarks of feminisms, lesbian-feminisms, and the book cultures these formations created and continue to nurture.

Joan Drury was a vital cast member in the ensemble that produced and performed women’s book cultures. There was, by design, no starring role. In the feminist visions that produce women’s book culture every individual has an opportunity to define and follow her own path. During the 1970s and 1980s, many feminist thinkers and writers wrote about this fierce commitment to individuality within a communal setting in various journals and magazines. In her recent memoir, On the Record: A Radical Experiment in Women’s Music, Ginny Berson recalls debating the politics of putting a singer’s photograph on the cover of an Olivia album during the 1970s. Some feminists chafed at the idea and the industry behind big, glamorous stars, and they did not want individual women to be star-struck in a way that prevented them from coming to understand and see their own light. Feminism reminds us of the merits of these ideas, and women’s book cultures recall what is possible from the embrace of these ideas.

Joan Drury helped to create and continue a vibrant world within women’s book cultures, and she thrived in it. She did her work as an author; she read voraciously as a reader; she enabled others to do their work. Through Spinsters, Norcroft, the National Lesbian Writer’s Award, Harmony Women’s Fund, and more, Joan Drury embodied the radical possibilities of doing good work in the world and helping others to do the same. Joan Drury’s legacy invites all of us to remember the pride of women engaged in women’s book culture, the hundreds and thousands of women who opened and operated feminist bookstores, lesbian publishing houses, lesbian-feminist writer’s retreats, book groups, lesbian writing clubs and more. These activities, large and small, aggregate into a powerful, transformative formation—a pride of lions—that continues today. Without women like Joan Drury, women willing to do work, invest resources, engage in capacious and multiple activities, and continue to press on all the while enjoying their labors, we would not have women’s book cultures.

The beauty of Joan Drury’s life is that she simultaneously was entirely singular and absolutely ordinary. May we find dozens more women and men, lesbian, queer, trans, allo, cis, and het, like Joan Drury. May they work collaboratively as a pride to continue this work, this labor, this passion, this joy, so that our communities thrive.

Julie R. Enszer, PhD, is a scholar and a poet. Her book manuscript, A Fine Bind, is a history of lesbian-feminist presses from 1969 until 2009. Her scholarly work has appeared or is forthcoming in Southern Cultures, Journal of Lesbian Studies, American Periodicals, WSQ, and Frontiers. She is the author of two poetry collections, Sisterhood (Sibling Rivalry Press, 2013) and Handmade Love (A Midsummer Night’s Press, 2010). She is editor of Milk & Honey: A Celebration of Jewish Lesbian Poetry (A Midsummer Night’s Press, 2011). Milk & Honey was a finalist for the Lambda Literary Award in Lesbian Poetry. She has her MFA and PhD from the University of Maryland. She is the editor of Sinister Wisdom, a multicultural lesbian literary and art journal, and a regular book reviewer for the Lambda Book Report and Calyx. You can read more of her work at www.JulieREnszer.com.