‘You’re The Most Beautiful Thing That Happened’ by Arisa White

‘You’re The Most Beautiful Thing That Happened’ by Arisa White 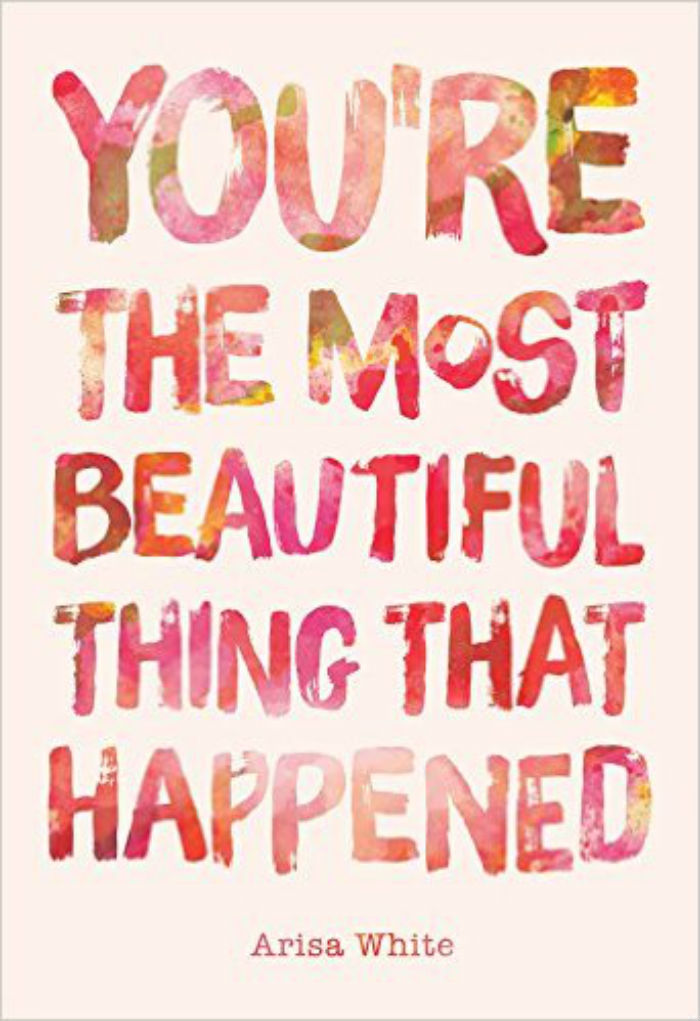 Trump became president-elect on November 8th and ever since all of the queer people of color, women of color in my life have been texting. Everyone is worried about deportations, jobs if the economy crashes, race wars, conversion therapy and anti-LGBT legislation, lack of funding for the arts, increased sexual harassment, more. For people who are at the intersection of various forms of oppression, this election feels like a death sentence. It can be a literal death sentence for incarcerated peoples. It feels like America is telling gender, sexual, racial minorities to go away and die.

Lambda Literary Program Director William Johnson and I met for coffee the day after the election to take care of one another and he passed me Arisa White’s new collection of poetry, You’re the Most Beautiful Thing That Happened. Arisa White is a queer black woman and this book feels like a love letter to our shared queer of color community. In a moment where it feels like the whole country doesn’t care about queer of color lives, there is the cover of Arisa White’s book, staring back and saying “You’re the Most Beautiful Thing That Happened.” In troubled times, it feels like this statement is needed for queer people of color. Thank you Arisa, you’re beautiful too.

I held Arisa White’s book as if it were also holding me. The introductory poems described interactions with various women in the Bay Area, in New York, elsewhere. I began thinking about poets who shift back and forth from California to New York (such as Javier Zamora, Cathy Linh Che, Robin Coste Lewis) and I wonder if there is any aesthetic commonality which I can note in poets who have spent parts of their lives being influenced by writers on both coasts. I cannot make a claim to that thought yet. Maybe it is the blend of intellectual rigor of the poems, with beautiful imagery? While we are speaking of imagery, consider the poem “Comrades” where Arisa White writes “In the usual fog evening, San Francisco at eight / the second whiskey serves—and generous pours—.” This line brought me directly back to El Rio, a queer bar, in the bay. It is impressive to have a poem that jolts a reader back to a place and time so quickly, in so few words.

My eyes began to drift to the “you” pronoun which is used in most of the opening poems of the book. This pronoun choice brought me back to Claudia Rankine’s Citizen in which she also addresses the reader as “you.” This choice is a moment of intimacy, of allowing the reader to be addressed directly by the speaker. My eyes shift towards the title of the poems and considers the introduction where Arisa White writes “These terms, from which a majority of the poems take their titles, became a way of… witnessing—the mundane, the quotidian, violence, social divides, emotions like grief and love—through a queer lens.” The title of many poems in the collection are literal translations of the word gay. Many of the original words, before being translated, are derogatory in their original language. Thus, Arisa White repurposes that pain and inscribes it with love, tenderness, poetry. “You” becomes witness to the beauty held in what was once called derogatory. “You” is able to witness the act of reclaiming language.

It is in the moments of tenderness (and of self-effacement) when I am most interested in Arisa White’s poems. For example, the middle section of her book “Effluvium” is dedicated to her cousin Karen, who passed of AIDS in 2000. In these poems the narrator blames Karen for her disease, mourns the death of Karen, speaks about missing Karen’s funeral, and not visiting her grave. The narrator describes her shames and through this clinching onto failure, the reader is able to see all of the love that the narrator has for Karen, a lack of willingness to let go. In the poem “My Dead” Arisa White writes, “Everybody she died another is dead everybody / dead and AIDS of AIDS my dead she is… and she’s my dead—water in my hands.” Another line from the poem “[]” says “I/ am afraid to see people wilt before / tombstones, whole bodies weeping.” The mourning in these poems overtake me.

Other forms of intimacy are also described in the book with more joyousness. The final section of this poetry collection feels the most sexual and lustful to me. Several of the poems are addressed to a person named Mary—assumed to be a partner. Consider the poem “Mary O” where Arisa White writes “Having sex during menses, in a bonded relationship / is a very powerful way of sharing blood. Why do you / think there has been such a taboo?” Continuing on to another Mary poem, in the poem “Violet Mary” Arisa White writes “You are a cocoon I dare not break.” The narrator says this, as if frightened about their own ability to break things. This collection walks with such intentionality, a desire to not do harm, of witnessing harm.

Concluding, thanks Arisa White for tenderness, for creating a narrator who isn’t almighty, a narrator who fails and learns and walks towards other individuals with compassion. This collection You’re The Most Beautiful Thing That Happened was called by Ross Gay “a book whose true engine is love, and whose every poem, in all kinds of ways, reaches toward love. That in itself is astonishing and to be praised. But add the formal playfulness, the rich music, the storytelling, and, perhaps especially, the sense of justice and humanity, and you’ll realize you’re holding a truly beautiful book in your hands.”

‘No Archive Will Restore You’ by Julietta Singh
'Rhapsody' by KG MacGregor
'Amazons: A Love Story' by E.J. Levy