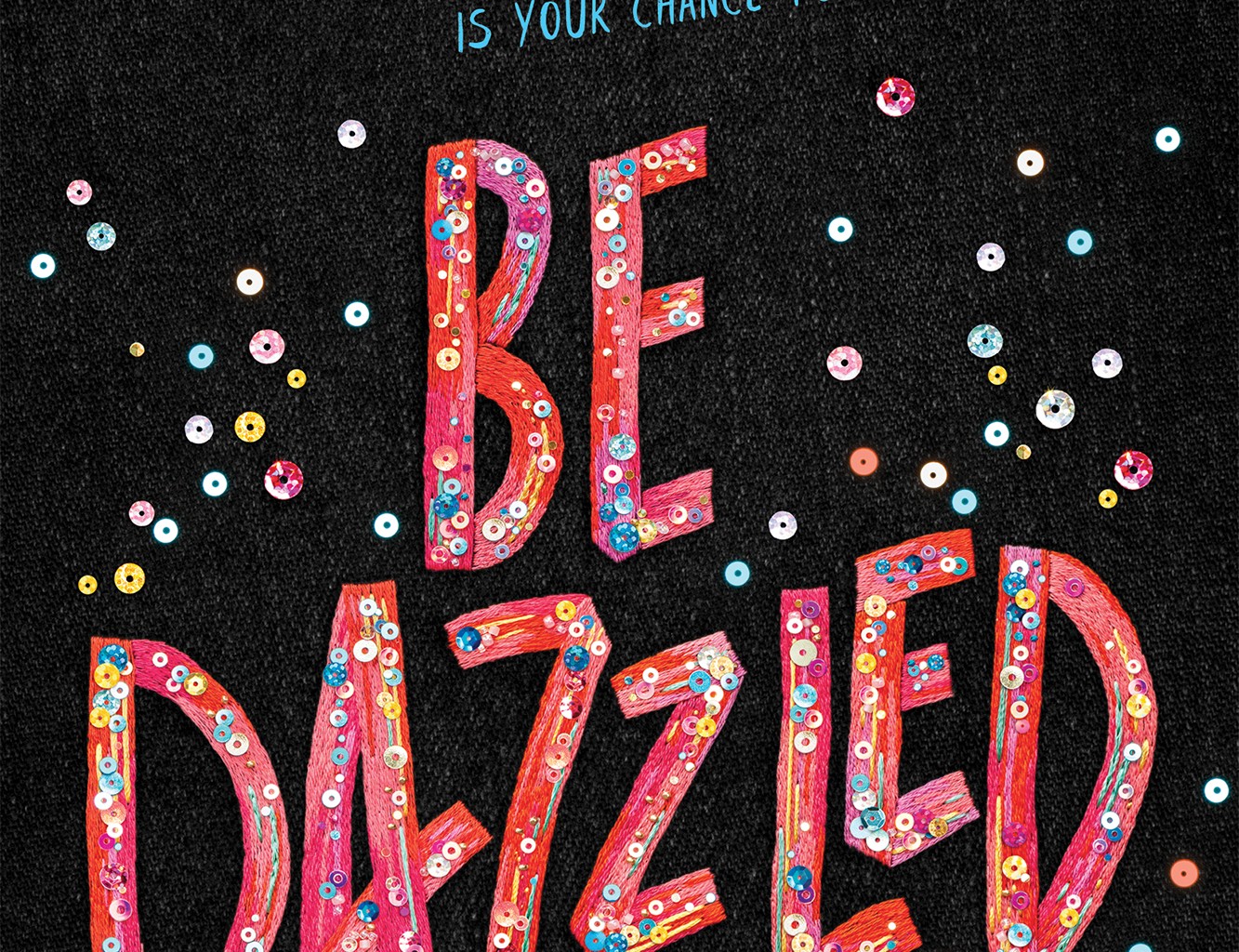 Ryan La Sala on Being a Menace to Reality

Ryan La Sala on Being a Menace to Reality 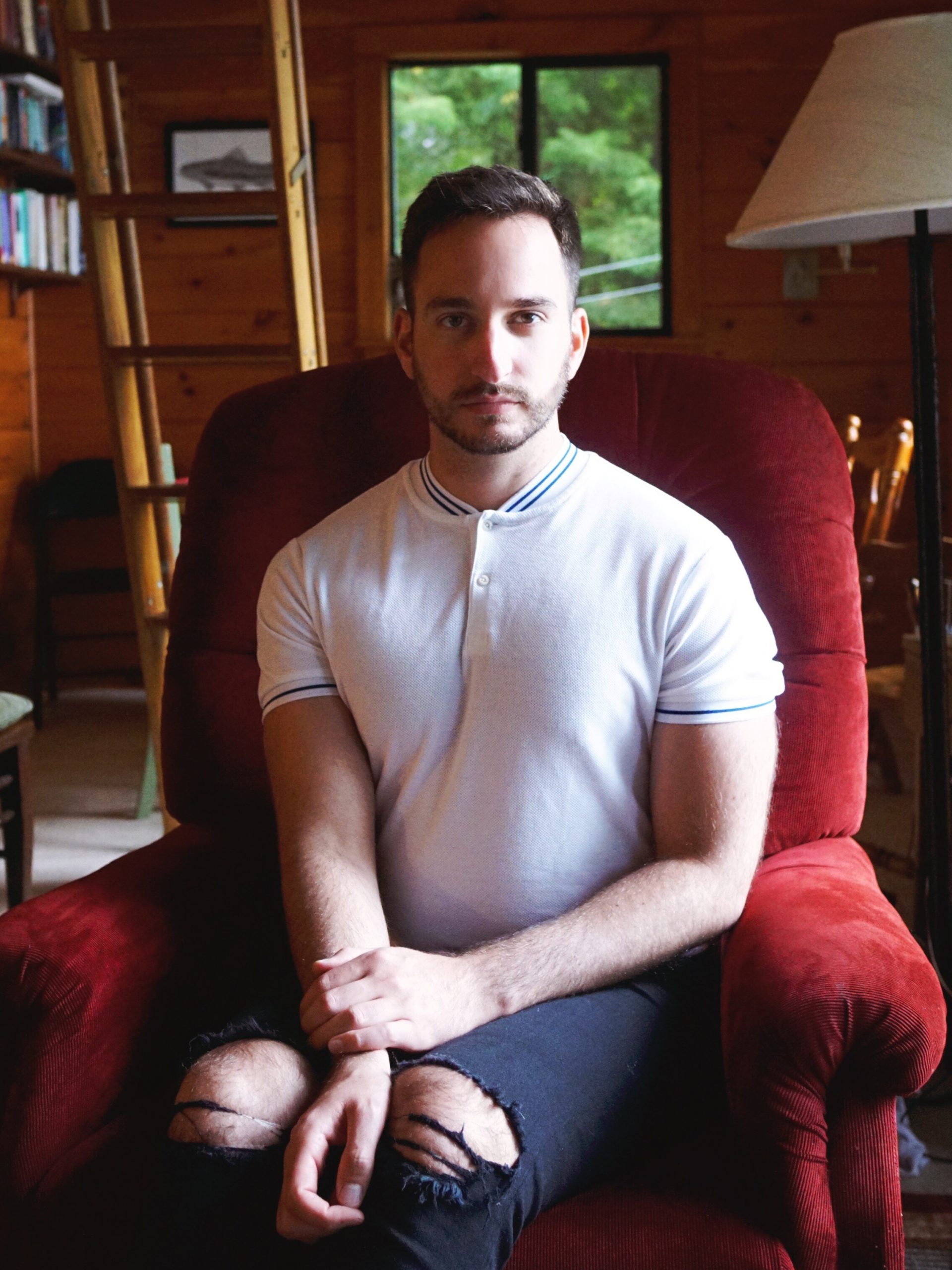 Does Ryan La Sala tell himself to pout, or does it come naturally, the way someone might flip their hair, breeze present or not? Either way, his wonderful social media feed shows us he is good at it. This delightful queer Pisces—both sun and moon, mind you—is the author of the Big Library Read selection Reverie (2019, Sourcebooks Fire), as well as the new 2021 title Be Dazzled (Sourcebooks Fire).

According to School Library Journal, La Sala will “light readers’ imaginations on fire.” If you follow him on Twitter, you know that if you don’t watch it, his wit may have you up in flames as well. I chatted with La Sala for a peek behind the fabulously riotous social media feed and discovered an author who may never come down from his debut energy—though it’s not about being fake; it’s about La Sala respecting his dreams.

I was in the Catskills recently and purchased a hand mirror from a flea market, like you might curse someone with, or be cursed by. I look into it every day, but so far, it’s only me looking back. That’s disappointing, but the item does bring me joy in general.

When do you ever hesitate, even for a moment, because you want to do something on your own terms but you’ve received messages in your life that you should do the thing a different way?

It’s true that I’ve spent my whole life curating myself, doing things my way, and generally acting as a menace towards reality. But it’s also true that I doubt myself all the time. Maybe people don’t know that? I don’t Tweet that. But I have so many doubts. I’m just very good at striking them down, betting on myself, and affording my dreams the courtesy of my best effort. It’s made me a confident person, and that’s who Tweets. And I guess that’s an example, isn’t it? I carry myself with theatrical bravado—especially on social media—and sometimes I second-guess this. I know it’s not the norm for authors. The expectations for an author is someone much more reserved, humble, and remote. Those are fine things to be, but they’re not me. And they aren’t what I want to show a young, queer writer when they find me online. So when I feel those doubts, I remind myself that I’ve never asked myself to chose between a vibrant persona and a cerebral creative output. I can have both, and I’d like anyone else caught in that tension to have both too, if that’s what they want.

Authors thank people in their books. Who is someone you thank and what do you want them to know?

I want to thank my mom, and I want her to know that I know how many risks she had to take figuring out how to raise me, and that she got them all right. Taking me to drag shows at a young age? Genius. Letting me traipse about in fishnet tank tops in middle school? Iconic. Punishing me with cargo short and argyle socks when I got caught shoplifting at Hot Topic? Motherhood Hall of Fame. In fact, all three of the parents that raised me got it right in their own ways. I have to be very vocal about this, because the parents in my books have so far been rather crummy. Especially the moms. I’m not sure why, but it’s not autobiographical. Mother, do you hear me? It’s not you!!

You created particular locations in Reverie. What’s one that you think about a bit? Talk about what made it important for a story element to happen there, not somewhere else.

Oh, I love this question. I say: the abandoned library where Poesy and Kane meet for tea. It’s a library from Kane’s childhood, a place he loved, but it’s completely gutted when he arrives. The stories are gone, just like Kane’s own story is gone at the book’s start. What it contains is Poesy, a sorceress drag queen ready to fill in that blank. She encourages Kane to tell his story himself. This advice leads Kane to another library, one that Poesy has designed herself, full of hoarded dreams. I won’t spoil it further, but I will say that the juxtaposition is very intentional. Reverie is about a lot, but ultimately it boils down to a conversation between a boy and a drag queen about the power of participating in your own story. The whole book is about stories, so it makes sense that the one scene location that has never change—no matter the draft—is the one involving a library.

As with your first book, your new book Be Dazzled appears to feature things you love—in this case, crafts, bedazzling, fash-un. While writing the book, what’s something fun or new you learned about what you love?

Sooooo many fun, strange things were learned while researching Be Dazzled, which is basically a book about the fun, strange ways people create incredible costumes from materials you’d never guess. For instance: The armor you see upon your favorite fantasy heroes in movies? Foam. Light-weight, high-density foam. The eerie smoke hissing from a dragon’s mouth? A vape pen. The boning on a lovely corset? Zip-ties. But my favorite is this thing when cosplayers will mummify themselves in plastic wrap, followed by duct tape, to create a perfectly-shaped cast of their bodies. It’s ingenious, and oddly intimate. I had to include it in Be Dazzled.

In Be Dazzled, competition brings out questions of what (or who) the characters really want. What’s your motivation to write about this?

I’m super competitive. I had a Pictionary game with friends recently that I thought might kill me. (I won, and subsequently lived.) I love the way competitions—even small, allegedly fun games—feel all-consuming. And people reveal so much to themselves when they drop pretense and go all in. I really love that moment when people let themselves want something boldly, and then fight for it, even if the thing in question is a very poorly drawn picture of a Shetland pony or something. Like, how delightful. And besides, cosplay competitions are fundamentally bizarre. Just automatically fascinating affairs. I mean, where else can you watch a Transformer robot lumber across a stage followed by Princess Diana? Hmm?? It’s like being in the green room of someone’s fever dream. I’m in love with that whole vibe.

Other than for anyone who wants to read your books, who are your books for?

My books are for anyone who suspects that maybe, just maybe, queer people have more to do than serve as teachable moments for straight people. Teaching new things to straight people is fun and often exciting, but sometimes there are adventures to take and quests to conquer that are simply meant for queer people. So my books are for people who get that, or want to get that. And myself. My books are for myself. I often feel like a lot of my lofty intent fades away when I’m actually writing. In that moment, I’m really just writing for me.

What’s something you wish for queer #ownvoices literature?

I wish a lot. That there would be more. That it would get oodles of marketing. That movies would be made and shows ordered. You know, standard wishing. Most of all, though, I wish that the apparatus of publishing reflected the rainbow of identities of the authors writing. I’m talking rainbows all the way up. Queer writers are dancing double-time trying to write but also educate, and I often wonder how much better a book could be (in quality, in scope, in range) if it didn’t need to keep explaining itself

The interview has been edited for clarity.

Shane Allison: He Remembers
Minnie Bruce Pratt on Magnified, Making A Home We Can All Be Safe In
Chris Kraus: Summer of Hate