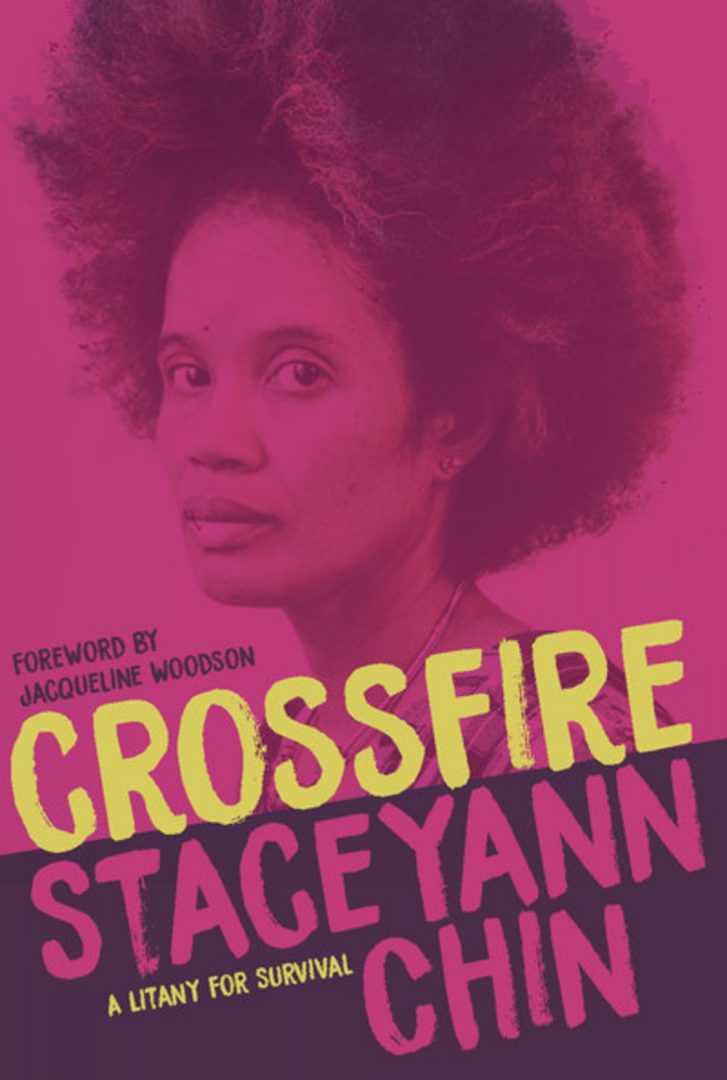 In Crossfire, Staceyann Chin Observes and Denounces Obstacles to Loving the Self

In Crossfire, Staceyann Chin Observes and Denounces Obstacles to Loving the Self 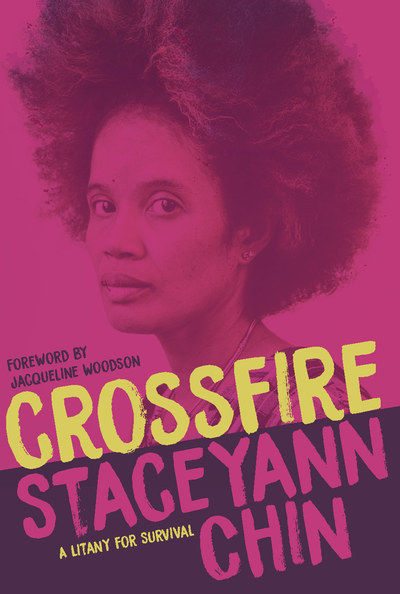 Staceyann Chin’s poems know “how beautiful you are” and want to convince you of same. In her first full-length collection, Crossfire: A Lit­any for Survival, Chin, who came to fame through co-writing and performing in Def Poetry Jam on Broadway, observes and denounces obstacles and attitudes to loving the self. Throughout the collection she reasonably enough portrays herself as living in the crossfire of assumptions; confronted by people who ache to verify that an identity is all this or all that. But it’s not, per Chin’s poem “Crossfire”: “There are a hundred ways to slip between the cracks/ of our not-so-credible cultural assumptions of race and religion.”

Being a focus of cultural assumptions is Chin’s birthright. Her parents were Chinese-Jamaican and African-Jamaican; right off–three identities. She knew early on she was lesbian and in a country which wasn’t queer-friendly. She was Catholic, another pigeonhole-able self, although the “half-Chinese / lesbian/poet / who used to be Catholic now believes in dreams.” And by the way, “there’s no such thing as ‘the islands,’” a term some (travel agents? New Yorkers?) blithely use to group distinct Caribbean countries into one holiday destination.

Our ubiquitous deferral to political correctness misses the point of human complexity, as Chin writes, again in “Crossfire.” “Am I feminist /or a womanist / the student needs to know / if I do men occasionally / and primarily am I a lesbian.” As if shading little boxes on a Scantron will settle the issue once and for all. But no.

The business of dykes and dykery I tell her

with social tensions as they are

Chin releases identity from byzantine institutionalizations of identity because: “primarily I tell her / I am concerned about young women who are raped on college campuses / in cars” and continues with a litany of violence sightings.

The poems are specific. An angelic devil in the details allows a reader to identify with Chin, even if those specifics seem a world away from the reader’s. For instance, most of us haven’t toured internationally nor have we performed at the Public Theater in Manhattan. Yet there is room to relate with her in “Feeling Unfamiliar.”

I am torn between being Black

and being supported by a white gay audience

after so many years of being exotic

I am tired of having an accent

As specific as those disarming and confessional words are to Stacyann Chin, the business of regretting the attributes that collude to define us is a universal. (Beauty attracts bad attention; brains provoke the weak; and so on.) Everyone is exotic in their own way and sometimes regrets their strengths. I don’t insist we need to identify with art, but its power is derived from resonance.

She is not cautious, not with observations, personal conviction, or assessment of tragedy.

so I have to be careful

of what I say about these young dykes

I am so angry at you

to funnel Black boys into the prison industry

I am so angry with myself

for not having the words to tell you

how beautiful you are…

As if it would all end if we all believed in ourselves, even loved ourselves. “But sorrow is merely the beaten / back of our flawed ecstasies…” (“Song of Survival”).

In “On Jumping Off Ledges,” obsession leads the poet to fantasize an “almost / lover” is with her in “a bathroom in Frisco” or as “two black girls on a ferry / from Copenhagen to Malmo” The contrast of fantasy with the reality of homophobia strengthens this paean.

for whole weekends in Washington

and it not be a sin in Atlanta.

Any woman writing about longing, quick sex and danger makes me happy. Crossfire made me delirious. My point is, just buy the book. Just read it. Just allow yourself to be challenged, to be in and out of love, and to be sexy as Stacyann Chinn.

Sarah Sarai is author of three books of poetry: That Strapless Bra in Heaven (Kelsay Books, 2019), Geographies of Soul and Taffeta (Indolent Books, 2016), and The Future Is Happy (BlazeVOX, 2009). Her fiction is in Callisto, Grist, Fairy Tale Review, and others; her reviews in Lambda, The Gay & Lesbian Review, and others. She holds an MFA from Sarah Lawrence College. Twitter @sarahsarai; Facebook/Instagram: @farstargirl