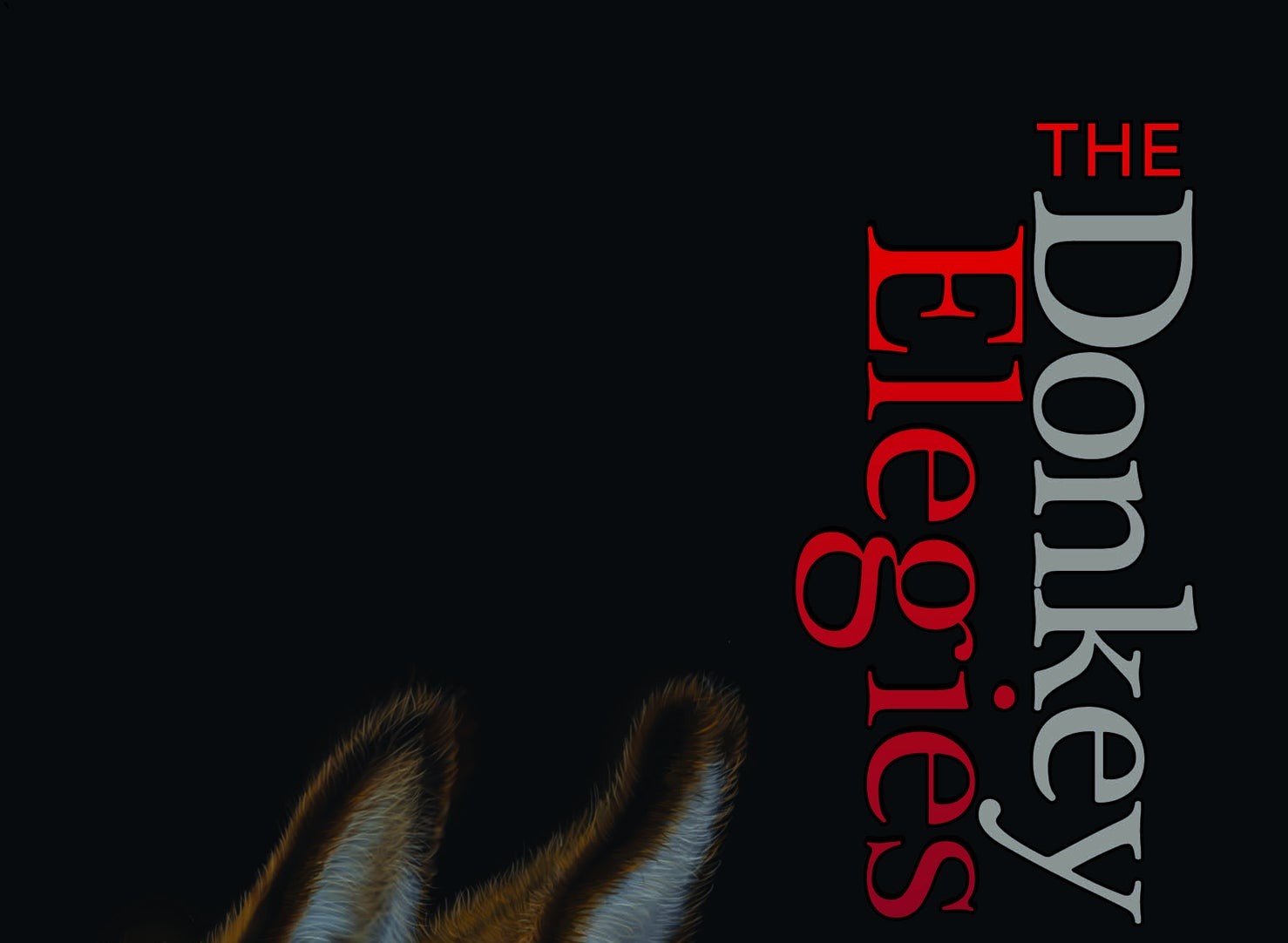 Two sights that make my hybrid-loving heart thump all the more ardently in my chest:

The title page of Nickole Brown’s newest literary wonder, The Donkey Elegies (immediately reminiscent of Rilke’s The Duino Elegies, and for good reason), beneath which appears the intriguing sub-title, “an essay in poems.”

The back cover of this extraordinary sequence, its 25 numbered poems as free-standing and linked as beads on a chain, where the word NONFICTION rests atop the word POETRY like the clasps of a necklace.

If this project portends the literary future—two (or more) genres working together for good—then what can I do but look forward?

And now that you’ve heard the music of these finely wrought beads on this tautly pulled chain, you may be wondering what you can do. Have you been paralyzed by the grief and rage of Now? Have these poems reminded you of the way Now only became Now because of the cumulative effects of Then? And does this fact sadden you, anger you even more? (It saddens and angers me, too.)

Can we take all the blindfolds at our feet and stitch them into something new: a sail, a pulley, a garment to wear or to give away? (Why not? Why can’t we?)

This is a small book of remarkable potency. We are likewise.

Sometimes my students ask me if making art actually “counts” as doing something, giving something back. Does art actually help anyone, they want to know. (Yes! I insist.) Can art be a form of activism? (Yes! I assure.) And sometimes art can help specific people/creatures in explicit, tangible ways. For instance, this note at the bottom of Nickole Brown’s Acknowledgments page: “All proceeds from this book will go to the animal rehabs and sanctuaries mentioned here.” You have already contributed something, just by buying this book.

In 1923, Rainer Maria Rilke wrote: “already the knowing animals are aware/ that we are not really at home in our interpreted world.” I read Rilke’s The Duino Elegies as a companion volume to this one. And I read Brown’s The Donkey Elegies as primer for a new kind of interpretation and home-making in this tremulous Now.

Julie Marie Wade is the author of ten collections of poetry and prose, including Wishbone: A Memoir in Fractures, Small Fires, Postage Due, When I Was Straight, SIX, and Same-Sexy Marriage: A Novella in Poems. With Denise Duhamel, she wrote The Unrhymables: Collaborations in Prose, published in 2019 by Noctuary Press. A recipient of the Lambda Literary Award for Lesbian Memoir and grants from the Kentucky Arts Council and the Barbara Deming Memorial Fund, Wade teaches in the creative writing program at Florida International University and reviews regularly for Lambda Literary Review and The Rumpus. She is married to Angie Griffin and lives on Hollywood Beach.Press, 2010), Small Fires: Essays (Sarabande Books, 2011), Postage Due: Poems & Prose Poems (White Pine Press, 2013), Tremolo: An Essay (Bloom Books, 2013), When I Was Straight (A Midsummer Night's Press, 2014), and the forthcoming collections, SIX (Red Hen Press, 2015) and Catechism: A Love Story (Noctuary Press, 2016). Wade teaches in the creative writing program at Florida International University and lives with her spouse, Angie Griffin, in Dania Beach.