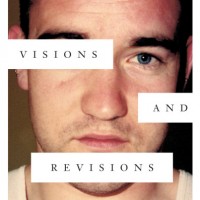 New month, new books! Spring is here, and so are a slew of new and noteworthy LGBT books.

This month, Farrar, Straus and Giroux is releasing the long-awaited new novel from author and activist Larry Kramer, The American People: Volume 1: Search for My Heart: A Novel. The American People is an irreverent tragicomedy that provides a counter-narrative to the standard North American historical mythology, with a decidedly gay bent.

In this magisterial novel’s sweeping first volume, which runs up to the 1950s, we meet prehistoric monkeys who spread a peculiar virus, a Native American shaman whose sexual explorations mutate into occult visions, and early English settlers who live as loving same-sex couples only to fall victim to the forces of bigotry. George Washington and Alexander Hamilton revel in unexpected intimacies, and John Wilkes Booth’s motives for assassinating Abraham Lincoln are thoroughly revised. In the twentieth century, the nightmare of history deepens as a religious sect conspires with eugenicists, McCarthyites, and Ivy Leaguers to exterminate homosexuals, and the AIDS virus begins to spread. Against all this, Kramer sets the tender story of a middle-class family outside Washington, D.C., trying to get along in the darkest of times. 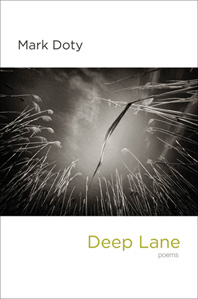 Deep Lane is a book of descents: into the earth beneath the garden, into the dark substrata of a life. But these poems seek repair, finally, through the possibilities that sustain the speaker aboveground: gardens and animals, the pleasure of seeing, the world tuned by the word. Time and again, an image of immolation and sacrifice is undercut by the fierce fortitude of nature: nature that is not just a solace but a potent antidote and cure. Ranging from agony to rapture, from great depths to hard-won heights, these are poems of grace and nobility.

In the 1980s, poet and activist Roz Kaveney wrote a novel, Tiny Pieces of Skull, about trans street life and bar life in London and Chicago in the late 1970s. Much admired in manuscript by writers from Kathy Acker to Neil Gaiman, it has never seen print until now… Funny and terrifying by turns, and full of glimpses of other lives, it is the story of how beautiful Natasha persuades clever Annabelle to run away from her life and have adventures, more adventures than either of them quite meant her to have…

In a new collection of essays, Visions and Revisions (Soho Press), author Dale Peck unpacks a seminal point in the ongoing AIDS crisis.

Novelist and critic Dale Peck’s latest work—part memoir, part extended essay—is a foray into what the author calls “the second half of the first half of the AIDS epidemic,” i.e., the period between 1987, when the AIDS Coalition to Unleash Power (ACT UP) was founded, and 1996, when the advent of combination therapy transformed AIDS from a virtual death sentence into a chronic manageable illness.

Reminiscent of Joan Didion’ s The White Album and Kurt Vonnegut’s Palm Sunday,Visions and Revisions has been assembled from over a dozen essays and articles that have been extensively rewritten and recombined to form a sweeping, collage-style portrait of a tumultuous era. Moving seamlessly from the lyrical to the analytical to the reportorial, Peck’s story takes readers from the serial killings of gay men in New York, London, and Milwaukee, through Peck’s first loves upon coming out of the closet, to the transformation of LGBT people from marginal, idealistic fighters to their present place in a world of widespread, if fraught, mainstream acceptance.

Prepare to be swept overboard into a world of orphaned, abandoned, and runaway bois who have sworn allegiance and service to Pan, the fearless leader of Neverland, and to the newly corrupted Mommy Wendi.

Pan’s best boi Tootles narrates this tale of the lost bois who call the Neverland squat home, creating their own idea of family, united in their allegiance to Pan, the boi who cannot be broken, and in their refusal to join ranks with Hook and the leather Pirates. Like a fever-pitched dream, Lost Boi situates a children’s fantasy within a transgressive alternative reality, chronicling the lost bois’ search for belonging and purpose, and their struggle against the biggest foe of all: growing up.