‘Symptoms of Being Human’ by Jeff Garvin

‘Symptoms of Being Human’ by Jeff Garvin 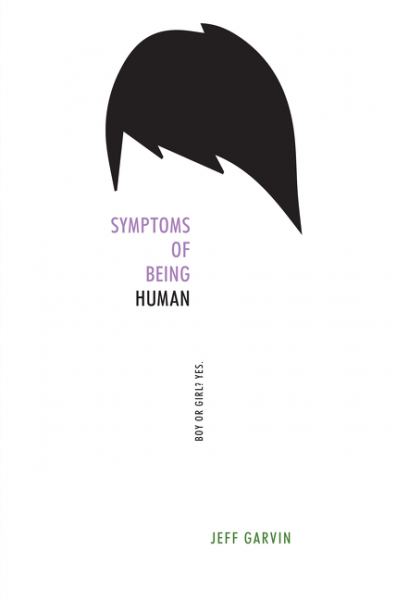 Riley is a genderfluid kid who is starting at a new school. In addition to the usual hellish uncertainty of making friends and finding a place in the social hierarchy, their father is a congressman and Riley is fresh out of a stint in a psych hospital. On the advice of their therapist, Riley starts a Tumblr account that blows up, rocketing them to anonymous internet fame. As they’re settling into a school routine with new friends Bec and Solo, Riley begins receiving harassing emails that threaten their anonymity.

Two months into 2016, this is arguably one of the most important young adult releases of the year. There’s a big hole in the world of literary representation for gender nonconforming people, so while this helps to fill that void, it’s not the only thing notable about Symptoms. It’s a great book. The language is beautiful and Garvin does a really nice job of explaining things, like the gender binary and body dysphoria, without being preachy or patronizing. Worth noting: Garvin is a cisgender, white, straight guy. He does a good job of treating issues of gender and sexuality with the respect and tenderness befitting a community to which he doesn’t belong.

As always, when straight writers write about queer people or cis writers write about trans folks, there’s a question about intent. Is an author writing to gain social capital? To cash in on a literary trend? Or are they legitimately interested in the identities of their characters? This last option seems to be the case for Garvin, who takes care to represent a wide variety of gender, sexual, and racial perspectives. At the same time, perhaps the book will read differently to someone who identifies as trans or genderfluid. In the author’s note following the book, Garvin talks about being in a car with a group of friends when the subject turned to a local trans girl suing a school for the right to use the girl’s locker room and how it influenced Symptoms. And then he includes a list of resources related to mental health and gender identity. He seems to come to this book without any more of an agenda than representation.

There are some tropes that are hard not to call upon in a coming out novel–the family strife, the physical violence, the unexpected love story. But those tropes exist for a reason: queer people are often victims of assault, sometimes our parents aren’t cool with our gender identities or sexuality, and love rules. And people are harassed for all sorts of things, straight people fight with their parents as well, and again: love rules. So maybe it’s that the tropes make queer narratives more accessible to people who aren’t queer–people who need the education that we get through lived experience. Or maybe it’s just easy. Either way, Riley’s experiences, their friends, and their family, and their successes and failures are relatable in a fairly universal way.

Overall, this is a gorgeous debut and an engaging story about a teenage outsider. It’s a punk rock love story to the queer community from an exceptional writer. It’s a little early to call Symptoms of Being Human one of the best young adult book of the year, but it’s certainly one of the most vital. It’s the sort of book you pick up casually to fact check and spend the rest of the evening re-reading. And for me, it was one of a handful of perfect books.

‘The Jungle Around Us’ by Anne Raeff
'The Unpunished Vice' by Edmund White
'Double Life : A Love Story From Broadway to Hollywood' by Alan Shayne and Norman Sunshine