Dawn Martin Lundy: On the Power of Forgetting and Her New Collection ‘Life in a Box is a Pretty Life’

Dawn Martin Lundy: On the Power of Forgetting and Her New Collection ‘Life in a Box is a Pretty Life’ 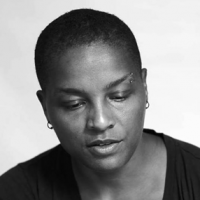 “What I believe in is forgetting; it’s transformative, if not reformative, power. What does it mean to truly leave something behind? To excise a happening from not only your thoughts, but also from your body?”

Discovering Dawn Martin Lundy’s writing is like being reintroduced to poetry altogether. You are not sure how to feel. You are not sure what to think. You are prompted to forget everything you thought you once knew about what it means to write a poem because none of it seems to really matter anymore—and that is the point. But don’t mistake the word “discovery” for the idea that this Hartford, Connecticut native is new to any of this. It takes skill to create this grade of thought-provoking madness on a page. Dawn Lundy is the author of three full-length collections of poetry—two of which received prestigious poetry prizes, including the Nightboat Books Prize for Discipline (2011) and the Cave Canem Poetry Prize for A Gathering of Matter/A Matter of Gathering (2007).

Her latest collection, Life in a Box is a Pretty Life, is an intentional rebellion against rules, labels and constructs built to encapsulate voice and the written word. It is a literary resistance to the often-romanticized emotions of marginalized identity, and its poetry brings you up close but doesn’t allow you the luxury of comfort.

You open Life in a Box is a Pretty Life with a quote by Kara Walker stating, “What strikes me is how easy it is to commit atrocities.” This theme seems to unravel itself and continue throughout the entire book. How do you think other artists influence the conviction behind your work?

I become obsessed with other writers, artists and thinkers for long periods of time. When I write, it’s like we’re in a room together, hanging out and talking across our work—or maybe the approaches toward our work. I’ve followed Kara Walker’s career since her wall-scale tableaux, Presenting Negro Scenes Drawn Upon My Passage Through the South and Reconfigured for Enlightened Audiences Wherever Such May Be Found, By Myselfn Missus K.E.B. Walker, Colored. If you remember, the work was polemical, worthy of boycott, symposia at Ivy League universities, etc. But I was thrilled by the work; I felt like I was stepping into its scenes—part laughing, part scandalized, part victimized, part loving. I want to say that Walker has infiltrated my imagination, but that’s not quite right. Really, it’s this experience of parallel and sometimes intersected imaginations or the willingness to access that which other more rational people might seek to bury. Life in a Box is a Pretty Life is a kind of homage to my obsessions with certain artists. Walker’s obviously in there, as is Carrie Mae Weems and, less legibly, Adrienne Kennedy.

I notice also that a large influence on your work seems to be memory. In the first few poems you immediately touch on the past and trauma, bouncing back and forth between distinct images and feelings from your past. How important do you think memory is for moving forward in our lives?

I don’t really believe in memory—which is to say, I don’t really trust it, the way these things we call memories swim into our presences haunting us like terrible mutant ghosts. I am interested in our human tendency to be most caught up in those recurring images or stories from the past that haunt. Would we trust other ghosts? That’s why [I wrote] the line, “Memory, the absence of thought.” It’s like the opposite of thinking, to remember. What I believe in is forgetting; it’s transformative, if not reformative, power. What does it mean to truly leave something behind? To excise a happening from not only your thoughts, but also from your body? To put it in a tiny metal box?

The body, idea of self and black and female identity come up often in your poems, but, surprisingly, none of these poems have names. At one point, you state that “when the I speaks, it speaks into another’s speech. This is labor.” Can you speak to your decision to create texts about self, but choosing to do so without giving your individual poems names?

The poems in this collection, as in most of my work right now, want to resist enclosure. Titles or names, for me, feel like markers of some kind of container, closing off one poem from the next, marking each poem’s individuality, even if they investigate the same terrain. Similarly, there is a tendency, in poetry, in life, for “blackness” and “femaleness” to be named and contained. One of the primary motivations for my work is to smash open those containers and make them unrecognizable. Why should I be recognizable to you? I truly believe that when we cling to these things we call identities, when we say what they are and try to define their contours and resonant qualities, we contribute to the reifying of that which has been already constructed for us. There is no freedom there. So I think you’re right, the formal desire of the poem to be uncontained also attends to my thinking about our bodies in the social space.

Your section titles “WITHOUT KNOWING THE SLIGHTEST THING ABOUT WAR, I FIND MYSELF AN INSTRUMENT OF LABOR, INVESTIGATION, AND EXPERIMENT” and “IT WILL BE HEARBY OBSERVED THAT NIGGAS GET SHOT IN THE FACE FOR THAT MENACING, THREATENING LOOK!” are particularly striking, as they read as revelations. What specific revelations did you come to as you put this collection together?

I’ve been thinking of those moments as linguistic notations indicating some kind of shift in the attention of the work, or maybe they are just blurts! They are places that speak in a different register, often in a literal way. If I come to any revelations in putting this collection together, it was that it’s possible to collect a lot of different kinds of speaking in order to fashion a kind of discourse. I wanted to illuminate, in this multiplicity-that-is-also-singular, the figures who, for me, stand in for real bodies in the world who are trapped, imprisoned, beaten, raped, gunned down, unceremoniously left dying on streets like refuse to bake in the sun, to always be nothing. Who cares? What is there to say within these trappings? How does speech happen? Sometimes, it is necessarily a mad speech, because madness seems truer than anything.

It is almost immediately obvious upon cracking open this Life in a Box is a Pretty Box that you do not aim to coddle feelings; in fact, much of the prose read as very cold, unattached and oftentimes graphic. Who was this book for? What kind of response are you seeking from readers of your work?

Is it possible to be coddled in this world, in this time? I want Life in a Box is a Pretty Life to be a steamroller, to be unrelenting in its constant return to all the mechanisms that fold us into ourselves and prevent any real agency. I often joke and say I wrote this book for black people because I’m often reading my poems in front of primarily white audiences. But really, I want to leave that question of audience up to the readers themselves. It’s not for me to decide.

Candice Iloh is a poet, creative writer, and educator residing in Brooklyn NY whose work has appeared in Insight Magazine, Blackberry Magazine, and the Fjords Review January 2015 Black American Issue. She is a Voices of Our Nation Arts Foundation Alum and the Managing Editor of Quiet Lunch Magazine. Her latest independent collection of poems 'Breakfast From Her Skin' can be found on TwoPensandLint.com and she can be contacted at www.becomher.com.