Pizza Girl is a Tale of Pickle Pizzas, Queerness, and Growing up

Pizza Girl is a Tale of Pickle Pizzas, Queerness, and Growing up 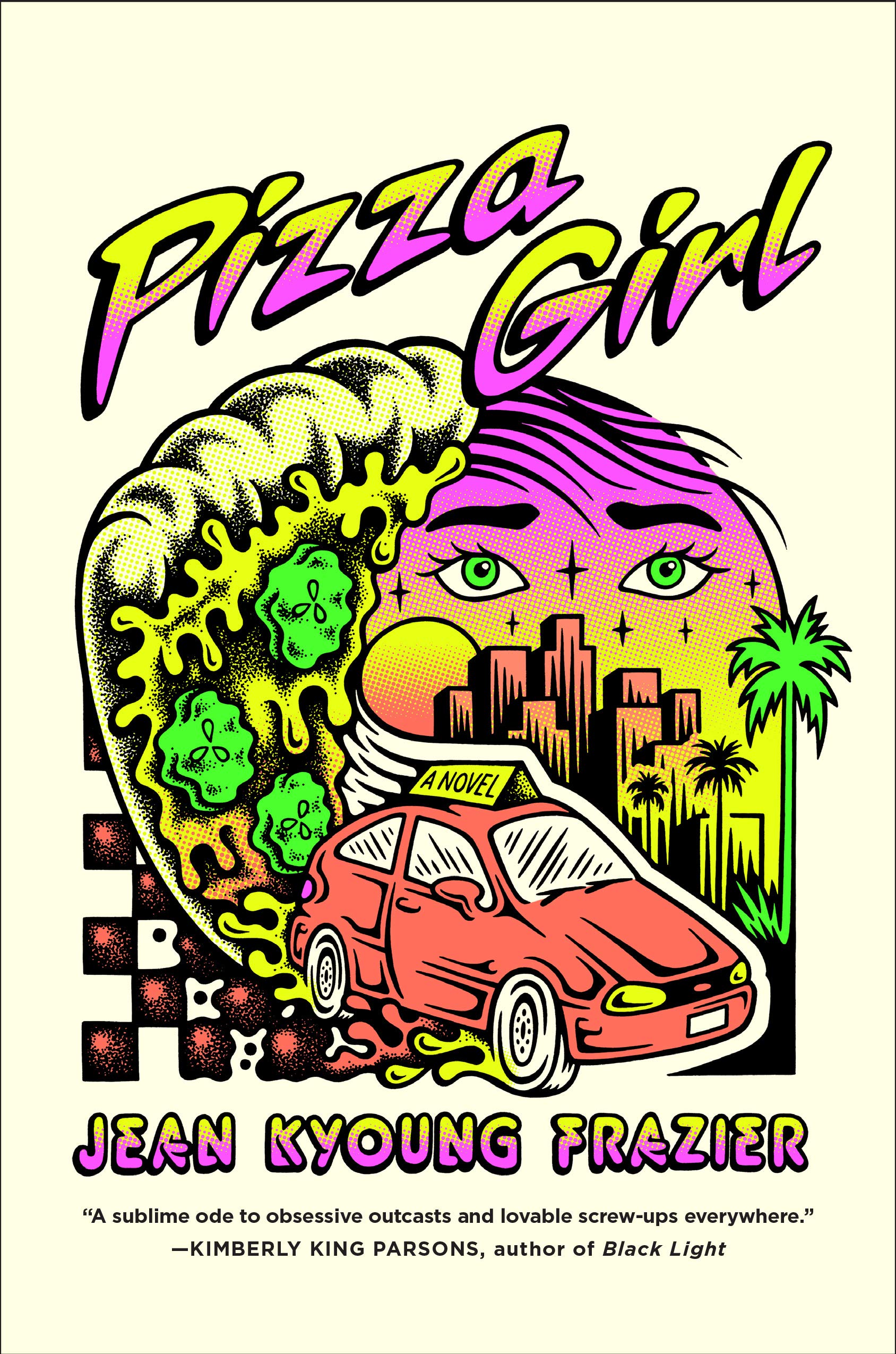 The unnamed protagonist in Jean Kyoung Frazier’s debut novel, Pizza Girl (Doubleday, 2020), receives an unexpected respite from her grief with a pickle pizza. She doesn’t eat the pizza; rather, she makes it, at the desperate request of Jenny Hauser, a single mom and new customer at the pizza parlor where the narrator works as a delivery girl.

Pizza Girl lives in Los Angeles with her boyfriend, Billy, and her mother. Her father is dead. She is eighteen and pregnant and she sneaks into the shed in the backyard to drink beer at night. Jenny is new in town, and her seven-year-old son Adam won’t eat unless he can have pickle pizza, like he did at their last home in North Dakota. She’s desperate to have him eat, and her voice moves the narrator to go to the store, buy pickles, cut them up, and put them on the pizza herself. Then she delivers it.

From here, Frazier’s storytelling prowess only grows more deft. Much of the short, firecracker Pizza Girl is the protagonist’s interiority, which is as complex as it is engrossing. On the first night she delivers pizza to Jenny’s, she snoops around the house while Jenny is in the other room: “I’d see something new that would wipe the guilt from my thoughts,” Frazier writes, “and leave behind only curiosity, bright and shiny and begging to be stroked.” This curiosity rubs up against the boredom, the constriction she feels in her life. As Billy and her mother shower her with attention and a smothering sense of love, she can only reject it. Her grief coupled with her ambivalence, and her somewhat suppressed queerness, bloom into an obsession with Jenny that will lead her into unexpected corners not only of her physical world, but her internal one.

Pizza Girl is unsettling at times, like the floating lights of a smoggy city at night. This unease comes from a place of deep honesty and spot-on late-adolescent voice. Pizza Girl is unsettled, despite her outwardly (too) settled life. As she grieves her father, she sees a distressing similarity in their shared flaws. She longs to be able to talk to her mother, but also doesn’t want to. And Billy has more going on than she thought.

She has many people around her who care for her, including her friend and co-worker Darryl, whose own drama isn’t enough to keep him from noticing Pizza Girl’s apathetic despair. But all of her relationships are held at arm’s length; she is listless and stuck, and entirely within  herself. Until Jenny becomes a focal point onto which she can conjure an idea of a different future, even a different present.

The delicacy with which Frazier constructs a character defined by both apathy and emotional depth is part of what makes this novel so readable. Pizza Girl is smart, observant, and engaged, at the same time that she detaches herself from a life she can’t quite figure out how to change. “I wondered if a more complex language like Korean had a singular word to describe the feeling of getting off a long shift of a physically demanding job,” Frazier writes, “and finding that, for at least half an hour after, everything, every last thing, was too beautiful to bear.” These moments of experiencing intense beauty crystallize in Pizza Girl like a kind of faith, a kind of hope that solders the joints on the scaffolding of a life. “You didn’t have to be religious to love the sun and the way it felt against your skin, to have a moment so beautiful and pure that it brought you to your knees,” she thinks.

Pizza Girl’s queer desire exists as both driver and backdrop of the story. She’s not exactly closeted, except insofar as her whole life is lived within the tiny and vast room of herself. As the novel quietly hurtles toward its conclusion, the reader can’t help but feel this character inhabit them. Like pickle pizza, Pizza Girl’s blend of tang and cheese is one of the most satisfying novels you’ll read this year.

'Visions and Revisions: Coming of Age in the Age of AIDS' by Dale Peck
'The Fifth Woman' by Nona Caspers
'Hungry Ghost: Tales of the Pack Book 2' by Allison Moon

Sarah Neilson is a freelance writer. They can be found on Twitter @sarahmariewrote.