‘Since I Lay My Burden Down’ by Brontez Purnell

‘Since I Lay My Burden Down’ by Brontez Purnell 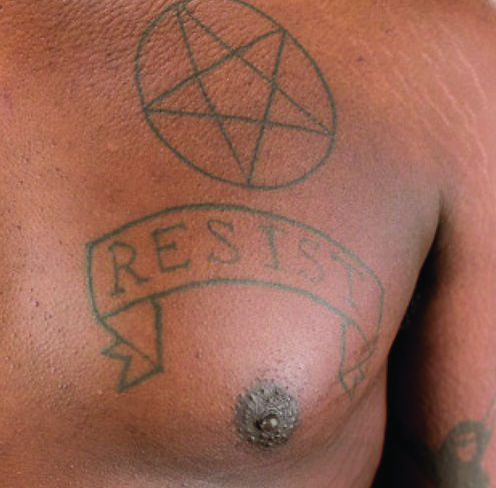 In his debut novel Since I Laid My Burden Down, Brontez Purnell strings the narrative of his protagonist DeShawn–a black, gay punk living in Oakland–along the deaths of four men in his life. The novel opens with DeShawn fidgeting in the pew of the rural Alabama church he fled as a teen, back there to bury an uncle. Purnell lulls his audience by starting here, the familiar sight of a gay black boy wilting beneath the summer heat and the disparaging gazes of his Southern kinfolk. But DeShawn is actually here to take account of his own life, what has become of the restless boy he once was, before setting out for Northern California. The novel chronicles DeShawn’s life in Oakland, before returning to confront the male ghosts still haunting him in Alabama.

The Southern life Purnell summons for DeShawn is neither magical nor gothic. Instead, it’s what the Delta actually is: heat and isolation and boredom, the kind that raises all kinds of idiosyncrasies to the surface, poverty, and neglect stripping people of their ability to judge, leaving the communities there desperate enough to receive all comers. In essence, the kind of place that could create a character like DeShawn, a country boy stripped of the black Southern vernacular one would expect, his sensibility more informed by the rock bands he once used to imagine himself away from this place.

Through DeShawn’s acute eye, Purnell delivers unflinching assessments of the family’s feuding matriarchs, DeShawn’s mother and grandmother, and tender but ultimately dismissive glances at the men, those unfettered by the presumption of needing to offer any caregiving, and so who busy themselves taking leave, or performing stunts to arouse quick affection, or blunting their combustible emotions with whisky and cigarettes to death. The novel delivers a withering benediction for these men when it says, “DeShawn looked at the pantheon of men in his life–all the fathers, uncles, fuck buddies, fake boyfriends, whatever–and they all felt like a void. They appeared out of nowhere and disappeared the same way, a puff of smoke. He was learning how not to want.”

With the biblical prodigal son story very much on DeShawn’s mind, only in the midst of his visit home does he realize that this trip will become a much-needed convalescence, a chance to inspect his old wounds, heal them, and diagram some vision of his future. He hangs on for months, takes a job at his mother’s church, leaving the reader wondering whether some part of him fears venturing out again.

DeShawn has just the right vantage to detail the shortcomings of the people in his life, able to summon an indignation that indicates a moral clarity in him when assessing others. That becomes more difficult however when that gaze turns inward. There are ways a parent can fail a child, or a hero can fail a young boy. But DeShawn finds himself fixed in front of his grandmother’s air conditioning unit, unable to determine if anyone expects anything of him, or he of himself. At times even he blushes at the life he’s left on hold in Oakland, at other times he relays it with a disaffected cool. But there’s a fear reverberating through all of this, that as a smart, black, gay boy, he’s missing the script against which to measure his own life. He cannot even decide on what shame he should feel or whether some desire to change should have arisen. Not when the alternatives–making laps around the bathhouse, settling into a domestic life with a partner–all appear just as bleak. Purnell makes this point most pointedly when he writes, “DeShawn grew up disbelieving in men, and perhaps vis-a-vis grew up disbelieving in himself.”

Purnell’s abiding affection for rural life allows him to mine so many unexpected black personalities throughout this slim novel, DeShawn himself, but also John, the former bully, turned raver, turned anime geek, who briefly performed as a drag queen, or DeShawn’s grandmother, pregnant by the age of fifteen, mother of twelve, but somehow possessed of a cool, intellectual wit. There are also well-drawn recursions, things to remind the reader that as sophisticated a person as DeShawn is, he too belongs to this world: DeShawn’s grandmother liking him best because he plays rock and roll like her own father, a traveling blues musician. Or the feminist streak DeShawn inherits from his household, the family having a long history of female independence resulting from their roles in rearing children and maintaining the household.

The awe one experiences in encountering such distinct, complex characters compensates for challenges the book’s plotting present. Because the main character and the author share an affinity for punk, it’s tempting to look there for an adjective to describe the novel’s plotting (breakneck?). But the effect feels more accidental than deliberate, and the leaps in time disorient the reader. The novel lands somewhere near the quick cuts the author seems to favor, which does lend itself to the sudden revelations that arrest DeShawn throughout his story, and an attempt at a more traditional novel structure.

Because Purnell seldom slows to dramatize events or order them, the novel feels less like a propulsive narrative than a vivid character study. Though the reader grows to trust DeShawn throughout the novel, the wisdom and perspective he claims by the novel’s end seem self-authored, rather than lessons he’s learned through drama the audience has seen. For that, these affirmations feel hopeful but also fragile.

Which may be the book’s intent after all. Certainly the novel is more voice-driven than plot-driven, and the intent seems to be debuting this personage to the world. Given how rarely this person is seen in literature, that is often more than enough.

'The Selected Letters of Willa Cather’ edited by Andrew Jewell and Janis Stout
'Alex As Well' by Alyssa Brugman
MB Caschetta: On Her New Book, Getting Published, and Lesbian Sexuality

Frederick McKindra was born and raised in Little Rock, AR. He graduated with a M.F.A. in Fiction from the New School in NYC.