Halsey’s Poetry is as Raw and Honest as Her Music

Halsey’s Poetry is as Raw and Honest as Her Music 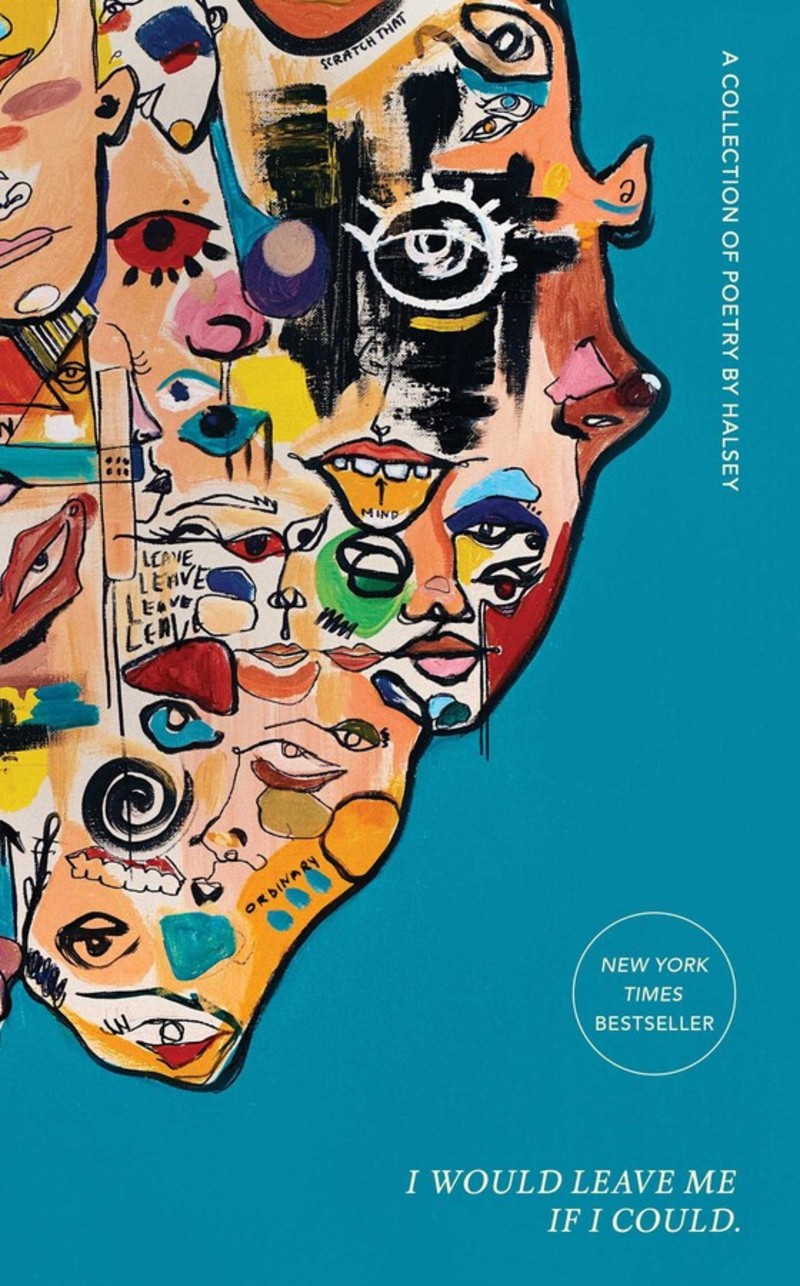 I first learned of Halsey in 2014. She had been just signed to a record label, after the overnight success of her SoundCloud song “Ghost” being posted on SoundCloud. Halsey had an undeniable edge to her with her growing fame on Tumblr (the ultimate social media platform at the time), her grunge appearance of tattoos, and multicolored hair. She was brave enough to bare herself for the entire online world to see.

In 2014, I was fifteen years old. Like every other teenager, I was searching for my identity. I thought while scrolling for hours on Tumblr, maybe, I would find it in the images of pretty girls wearing Dr. Martens, ripped jeans, and band t-shirts. They were my inspirations; the goal image I built in my head and thought I was capable of encapsulating. At the time, I did not realize I was so fixated on them because I was attracted to them, I just wanted to be them.

However, by the time Halsey came onto the scene, I had started to understand. I was searching for more than my identity in those hours on Tumblr, but acceptance. For me, Halsey was that acceptance. She was the epitome of all the girls I saw on Tumblr, and above all, she was bisexual. Halsey was the first famous person that I could see myself in, she was everything I wanted to be. She was unabashedly bisexual, dressed in every way I wanted to, and created music that made me feel like she was speaking directly to me.

What initially drew me to Halsey’s music was her lyricism. Halsey creates metaphors out of juxtaposing counterparts, simultaneously creating a sense of drama and intimacy. She finds a way to create a beautiful image out of scenes of pain and destruction. She’s brutally self-reflective; whether it be about her sexuality, discussing her mental health, or sharing personal experiences ranging from her childhood to surviving sexual assault. Even her recent pregnancy announcement was released in true Halsey fashion; purely a surprise, yet her fans still recognized the importance of the moment. Halsey has shared her struggles with reproductive health and previous miscarriages as heard in her song “More.”

This past November, Halsey released a poetry book. Poignantly titled I Would Leave Me If I Could, the collection is a raw self and confessional tone that explores many of the same themes of her music.

The introduction to I Would Leave Me If I Could is heavy with the metaphors and figurative language found in her music. She writes:

A beautiful woman is a car crash.

This stanza immediately reminded me of the chorus of “Colors” off her first album, Badlands. Halsey sings a boy is “ripped at every edge but you’re a masterpiece/ And now you’re tearing through the pages and the ink.” She finds artistry and allure in catastrophe to build metaphors.

Halsey’s musical repertoire contains a lot of break-up songs. This does not necessarily mean her songs are sad or regretful, but rather strong anthems of independence. In “100 Letters” from Hopeless Fountain Kingdom she sings:

Even though her suitor is pleading with her to stay, Halsey remains adamant about leaving because “it’s too late.”

In the poem Homemaker she claims:

you said it’s time for some renovations.
time for conversation.
but I flipped houses
bigger than you before.

In both the song lyrics and the poetry stanza, her self-worth outstrips other’s perceptions.

Many of Halsey’s love songs are about her struggling with love itself. She literally has a song called “Bad At Love” where she lists men and women that she has been unable to maintain relationships with, despite believing “that we’re meant to be.”

Her poem “You Were First” again depicts her struggle with love, while bringing her sexuality into play. She writes, “I guess I found it easier/ For me to charm a man/ ‘Cause a woman always crumbled in my hands.” Halsey is incredibly honest as she admits that she “could only act on what [she] knew” as it was “what [she] learned in magazines.” Halsey’s candor when discussing her desires is thrilling and confessional.

Most of her poems read as a stream of consciousness confessions. It’s very reminiscent of “929” off of Manic. “929” is a semi-freestyle song where she covers a range of topics like the loneliness, fame, familial strife, losing love, and her attempt to quit smoking. A Story Like Mine, the poem she performed at the Women’s March in 2018, has this same effect as she travels her life beginning in 2009 at a Planned Parenthood with her best friend, to being assaulted as a child and adult, having a miscarriage before a performance, and ending on how many famous women have had to deal with many of these same incidents.

Some of her songs, or excerpts from them, are even featured as poems in the book. Songs like “Forever…(is a long time)” and “Devil in Me” are presented as poems in this collection.

I remember
tender spiderwebs.
All violet,
yellow,
blue.
It seems with one eye open,
still all I see is you.

In her song “Clementine,” this verse is heard as “my face is full of spiderwebs, all tender, yellow, blue / And still with one eye open, well, all I see is you.” Before releasing the song Halsey tweeted, “the last verse in clementine is a small poem i wrote last year about having a black eye.” By including these songs, she invites her fans in to truly see the origin of her lyrics.

Halsey’s poetry matches the brutal beauty found within her songs. Using the same figurative language and metaphors that have become a staple in her music, Halsey touches on difficult topics while maintaining sincerity in her tone. With this poetry collection, she provides a personal and raw adventure.