‘Heartsnare: Book One of the Umbraverse’ by Steven B. Williams

‘Heartsnare: Book One of the Umbraverse’ by Steven B. Williams 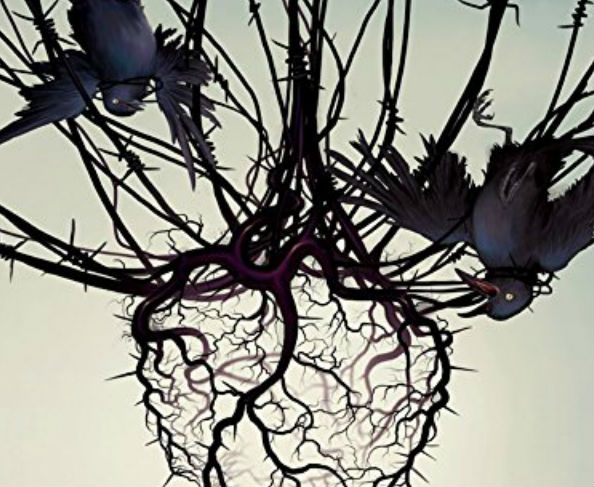 Within the first ten pages of Heartsnare you gain a sense of this novel’s aura of humor, longing, and human frailty, all mixed with a good bit of terror and the other world. Steven B. Williams captures your imagination and takes you on a compelling ride filled with lust, wit, and mysterious creatures.  Despite confronting beings nothing like you might meet on a daily trip to the grocery store, Williams writes with an authenticity that turns this tale of the supernatural into one of deeper meanings about life.

Eric begins this story in the hospital, dying from a defect in his heart. His adoring mother, Jhardine, holds court in his hospital room and spends most of the time ignoring the inevitable death of her son, as does his best friend, Tim. The awaited tragedy never materializes, as something unexplainable saves Eric from death, which puts in motion a haunting tale as he discovers the who, what, and why of his new blackened heart companion that sticks out of his chest and keeps him alive, even though no one else can see it.

Jubilation at his survival vanishes quickly when Eric returns to a life in which he and his mother struggle to make ends meet, and most notably when his best friend, Tim, is murdered viciously in an attack that spirals the English town of Willingsley into paranoia and fear. Eric struggles to come to terms with the loss of Tim, and particularly grapples with his lifelong lust for this straight companion. It proves particularly difficult as Eric explores what happened to Tim and discovers a shadow life that Tim kept from him.

All the while, Eric unsuccessfully tries to ignore the heart pounding away in his chest, one that gives him visions and an entrance into a world of creatures who possess dead bodies and haunt his town. Following just such an entity one night because Tim’s dead body-turned monster compels Eric to seek answers to his death, Eric finds Alistair, a violet-eyed hotty who happens to come from another world and knows about Eric’s heart, and seems to know its meaning but refuses to explain it. Alistair and Eric begin an on and off courtship full of sexual tension and resistance, which adds a charming note to the deadly circumstances.

And then things really blow up. As Jhardine falls ill, Eric gets closer to the dangerous truth about Tim, learns about the umbras responsible for the evil in his community, and encounters a force of other worldly entities that fight them. All of this takes place while he attempts to lead a normal life with his new job that gives him a chance to take care of his mom, after she has spent his entire life looking after him. Sometimes all of this complexity and originality gets confusing for the reader, with odd terms and strange happenings and a fast moving pace. You can lose the context and storyline briefly as you try to wrap your mind around this universe. But Williams writes so well that these fleeting moments detract just a bit from a good story.

And, in fact, while this summary may give you a sense for the basic tale, you must pick this book up to see its true meaning and depth. Williams captures reality with all of his characters, who hold vastly different personalities and ideas. You actually feel their emotion as they venture through these events, in a way that makes the horror aspects of the novel secondary to its affect on humanity. The people long for companionship and sacrifice themselves for those they love. They encounter annoying towns people and confront narcissistic jerks all around them. And yet they maintain good humor and plug ahead, despite the monsters lurking everywhere. And Williams is funny. Not in a campy over-the-top distracting kind of way, but in a realistic bantering among family and friends. In fact, he pulls off the message he sends about living and loving and being human so well amidst a horror novel because this wit both acknowledges the impossibility of the monster world while making it seem perfectly natural that the people here must deal with it.

The twists and turns at the end drive this home even more forcefully, but alas I must keep you in the dark lest a mere book review spoil the ending.

Rarely does a story about monsters and unknown creatures blend a horrifying and unconventional world with verisimilitude. Many try, but most fall short in one area or the other, because it requires such grace to achieve.  Book One of Steven B. Williams’s creation of the Unbraverse, Heartsnare, accomplishes this feat and leaves you waiting in anticipation for Book Two.

Damian Serbu lives in Chicagoland with his husband (yeah – that’s husband now, not partner, thanks Illinois!) and dogs, Akasha and Chewbacca. The dogs control his life, tell him what to write, and threaten to eat him in the middle of the night if he disobeys. He is the author of The Vampire’s Angel, Secrets in the Attic, The Vampire’s Quest, Dark Sorcerer Threatening, and The Pirate Witch. Keep up to date with him on Facebook, Twitter, or at www.DamianSerbu.com.