A Queer Latina Superhero, the Resurgence of Poetry, and More LGBT News…

A Queer Latina Superhero, the Resurgence of Poetry, and More LGBT News… 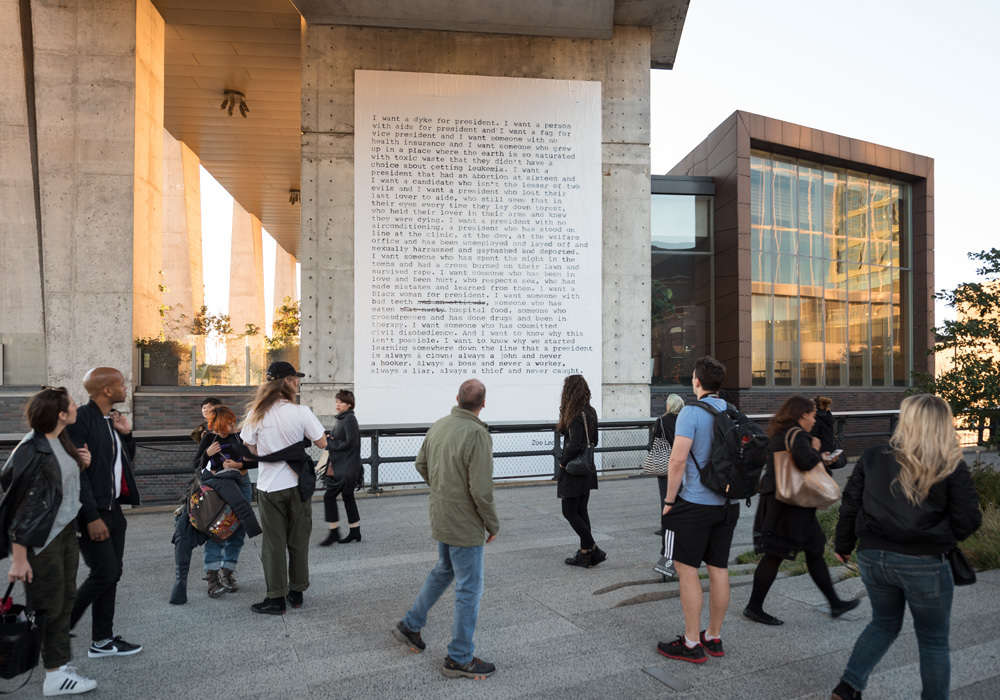 In The Highline Park in Manhattan, Zoe Leonard’s poem “I Want A President” has been on display since October. The poem speaks to people’s sense of disconnect from leadership.

Many American queer writers are still sorting out how to handle the situation we find ourselves in after the election. It seems to be that we shall turn, as we always have, to words. As Lucy J. Madison shares “Words have power.” Or as Gabrielle Bellot shares:

As a queer American and as a writer, the prospect of a Trump presidency troubles me. Yet Trump’s tenure, ironically, could be a spur to LGBT literature, propelling the development of an even more self-assured literature of American queerness than before.

The resurgence of poetry, as noted by Lexi Pandell, seems related to the increased sense of chaos in our society and twitter’s limited character counts.

In a declaration on The Brown Bookshelf, children’s book writers have signed to fight racism and xenophobia. Authors include Jacquline Woodson and over 400 other names.

As children’s book creators, we feel a special connection and responsibility to amplify the young voices that too often go unheard. When the headlines fade, the impact on children’s lives remains. They are left feeling confused, afraid, angry, hurt. We believe it is our duty to not just create, but also to empower children, affirm their lives and stand up for change.

As always, I find myself turning to bookstores as a safe place to disappear among the bookshelves. Check out these ten amazing LGBT bookstores!

I am so excited to hear that America Chavez, queer Latina superhero, is getting her own book from Marvel. And it will be written by Gabby Rivera!

Lambda Literary Award winning author Ellen Hart has been chosen as a 2017 Grand Master by Mystery Writers of America (MWA).

Is this essay just me ranting about my employment situation? Maybe… But I aim to make a case about the absence of transgender employees in publishing.

These are a Few of Our Favorite Things
May We Present... Nicholas Wong's Besiege Me
Logged Out: Around the U.S. Through TT Jax's Inbox