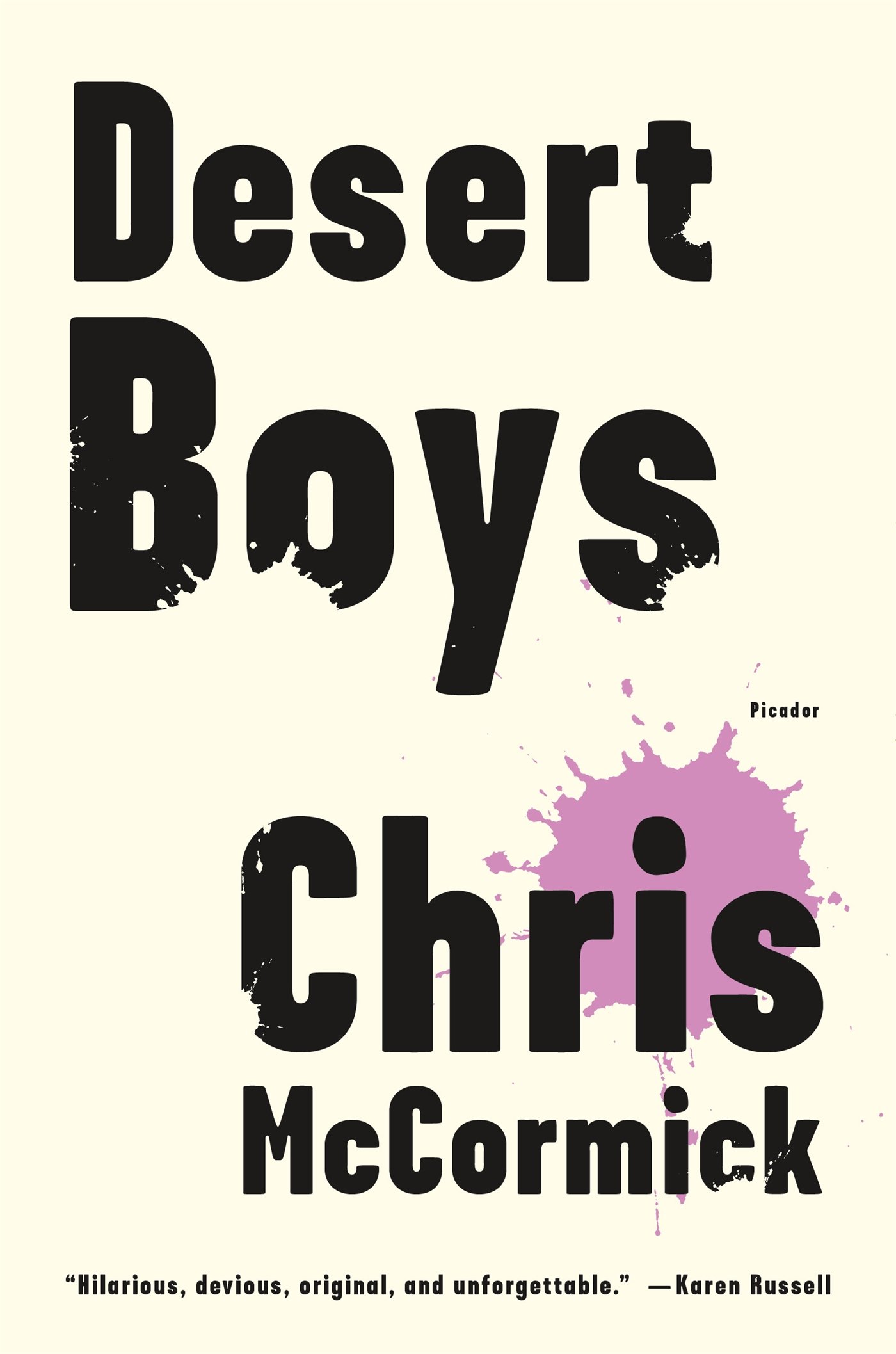 Chris McCormick’s fiction debut, Desert Boys, is an assemblage of intertwining stories that piece together the life of protagonist Daley “Kush” Kushner through his fraught relationship with his childhood hometown in the desert outskirts of Los Angeles County. As such, Desert Boys is just as much a book about Kush as it is one about life in the Antelope Valley. While several of these stories have appeared in different forms and under different titles in various publications, Desert Boys brings them together to trace the narrative of Kush’s life while also allowing McCormick to demonstrate his capabilities as a master storyteller.

Blending tropes of the bildungsroman, realist fiction, and eco-critical literature, it is difficult to reduce the twelve stories in this book for the purposes of ascribing one concise categorization. Rather, it is more accurate to say that the stories contained within this collection resist these clear-cut categories and instead weave themselves together to comprise a literary experiment all McCormick’s own. In the same way it refuses this labeling, Desert Boys also refuses to offer a linear narrative to the reader. As a whole, the collection follows Kush from adolescence to adulthood as he navigates the difficult emotional and geographical landscapes of his life. Each story finds Kush caught between—between the Antelope Valley and San Francisco, between the past and present, between love and loss—as he struggles with and against the people and places that have shaped him.

As a narrative recounting of Kush’s attempts to navigate the difficult terrain of the in-between, the short story form employed by McCormick offers an ideal platform for the protagonist’s introspective inquiries while simultaneously drawing upon the notion of barriers evoked by the text. Separate and distinct, yet at the same time interwoven and related, the stories included in this collection echo the narrator’s transformation of fragmented memories into a holistic understanding of life that transcends the bounds of memory, time, and space. Furthermore, each short story allows the author to introduce a host of characters—Kush’s Armenian mother, an eccentric divorcé neighbor, a reclusive alfalfa farmer, two ill-fated teenage girls—who, like Kush, do not conform to life in the valley but, unlike him, choose to remain. It is through these people that Kush filters his life as he meditates upon the transformations made upon the Antelope Valley since his departure for a more metropolitan life. Desert Boys paints intimate personal portraits that consider what it means to belong to a space, what it means to leave, and what it means to survive.

Set against the backdrop of a Mojave Desert filled with paintballs, Joshua trees, and rusted out Volkswagen buses, McCormick’s debut probes topics as harsh as the desert landscape. Citizenship, class, family, love, masculinity, and war all factor into the plot. Kush’s disastrous first kiss, a mother’s near-feral desire for perfect children, and an African-American student forced to don a racist mascot uniform are all braided together to reveal the stunning contradictions in the landscape of the human heart.

Utterly poignant and breathtakingly heartfelt, Chris McCormick’s Desert Boys is a stunning debut from a promising voice in contemporary fiction. Within this work, the fragile threads of Kush’s memory map out the uncertain territory human compassion in an ever-changing world. Far from a facile or pessimistic view of life in the Antelope Valley, Kush’s constant quest to find meaning in his tenuous relationship with his childhood home leads him to discover the complexity of the desert community and, by extension, himself. Both a collection and a journey, McCormick’s Desert Boys maps new ground in contemporary queer fiction.