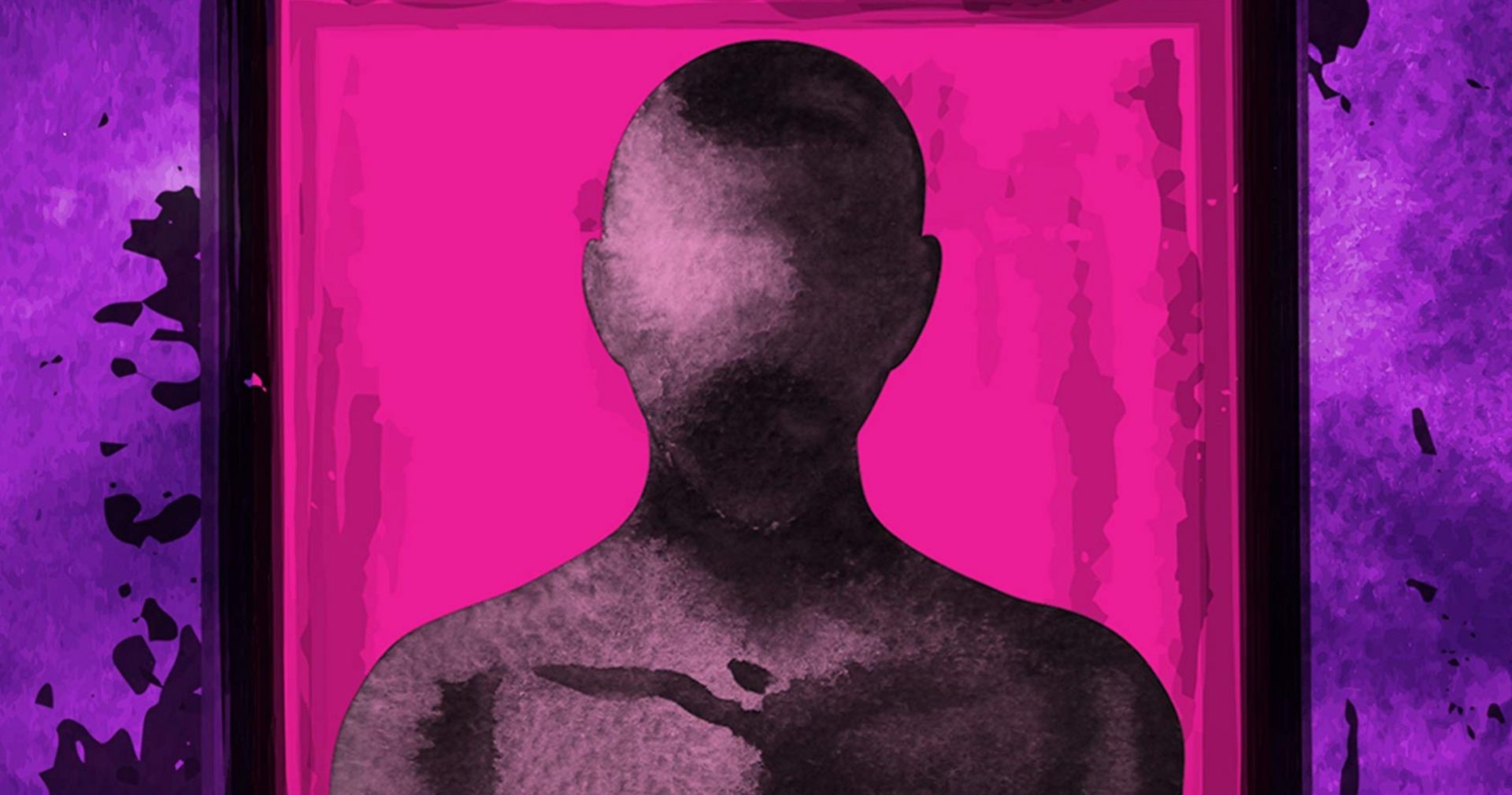 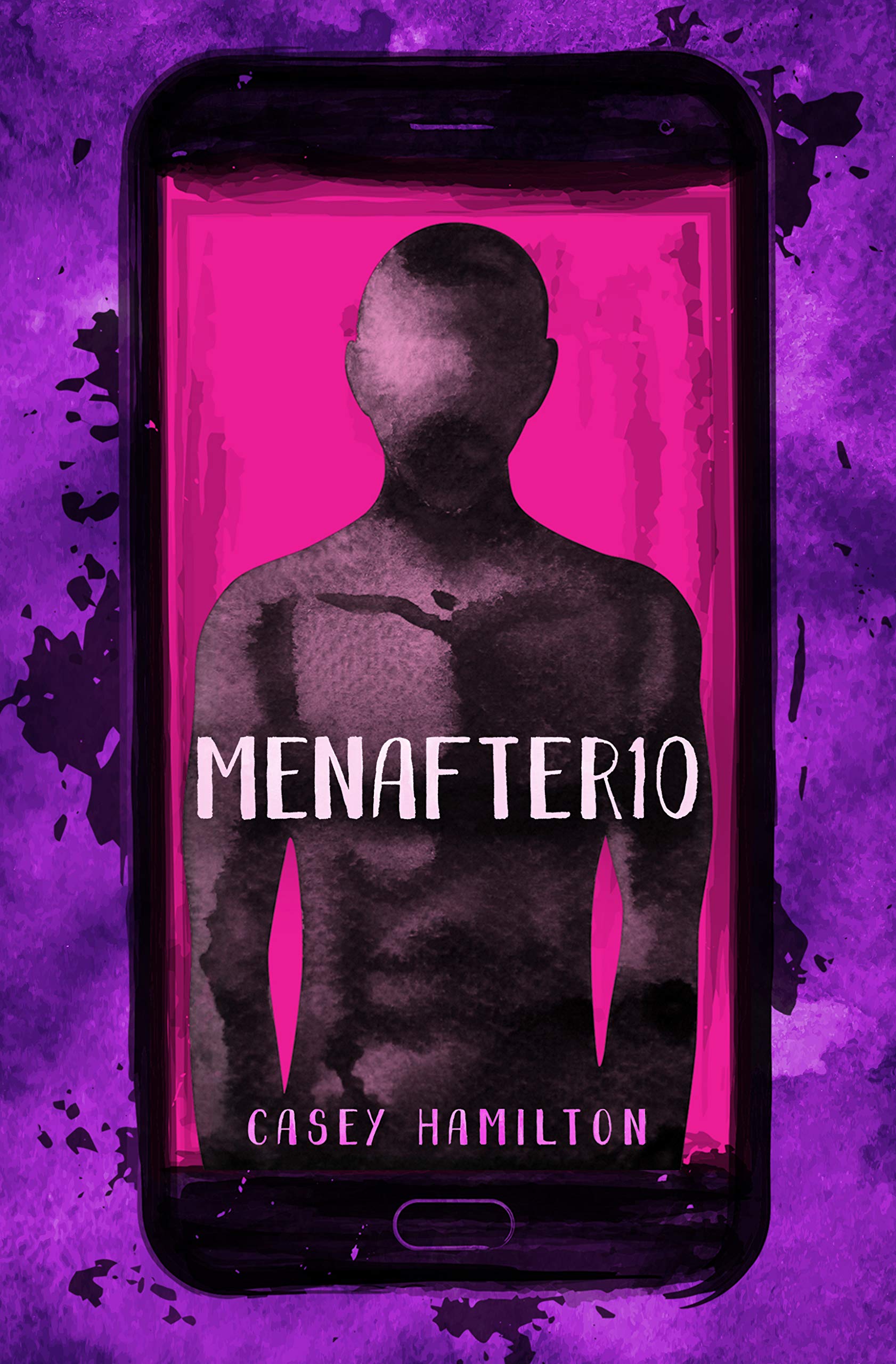 Casey Hamilton’s debut novel MENAFTER10 is about a group of young, Black gay men looking for meaning, identity, and connection in the digital age of hook-up apps and toxic social media.

The title is the name of a hookup app for men of color used by the men in the book. Chauncey, whose “flat stomach and fat ass gave him a kind of VIP privilege” on the app, uses it compulsively for validation. Brontae, the outsider with the “stink of loneliness” clinging to him, looks fruitlessly on the app for connection and intimacy. LeMilion, who escaped his hateful small Southern town, has built a life where he can be himself with the help of the app—until it all comes crashing down when he learns he’s HIV-positive.

The novel is raw, poetic, and sexually frank, and some readers may find it an uncomfortable read. But nowhere else will they find the story of what life is like today for gay, Black men.

Casey Hamilton and Gar McVey-Russell, author of Sin Against the Race, named by The Advocate as one of the best LGBTQ books of 2018, had (appropriately) an email conversation about the book.

MENAFTER10 came to me as a result of wanting to write the book I wish I would have had when I was just starting out as an out gay man.

Sometimes a story has a slow boil, where an idea percolates in your head for a while. Other times, an event or moment happens that sets off a spark and your fingers start flying on the keyboard. How did this story with these characters come to you?

I’ve wanted to write a story about the Black gay experience since college. Partly, because once I came out at 18, I kind of thought that the hard part was over. I thought that I was free to be, to live in my truth. I thought that there might be some people in society that don’t accept me but I certainly never thought that so much of the hurt and hardships I encountered as a Black gay man would come from other gay men, most of whom were also Black.

Most of what I read and saw in terms of media—even with gay rights and visibility advancing the way they were—kind of limited our stories into three things: coming out/acceptance, HIV/AIDS, or some hardship involving homophobia. All of these involve outside forces, in a sense. What I was experiencing was hurt coming from within a hurt community and I just didn’t have any reference to get through those types of things.

The gay novels I was reading, for example, all featured Black male characters that were masculine, hung, physically fit beyond belief with dream careers. There was nothing about bottom-shaming, douching, online discrimination against femme or fat gay men—even though these things were very common in my Black, gay-ass life.

So MENAFTER10 came to me as a result of wanting to write the book I wish I would have had when I was just starting out as an out gay man.

Your character LeMilion fascinated me because he seemed both damaged and wise/sagely at the same time. We see a bit of his family and hometown. What inspired him? What’s his background and how did he come to take his place in your story?

I’m really nervous to see how readers react to LeMilion’s story, so it’s nice to see you were fond of the character. You know, I had a gay friend of mine ask me, “Do we still need Pride, really?” because being gay has become very mainstream in many ways.

I tell you this because I think even gay people sometimes forget that we all come from different walks of life. While being gay may be socially acceptable now in a way it once wasn’t, there are still many of us who have to overcome an environment that does not welcome us, does not understand us, or just isn’t suited for anything or anyone outside of their “norms,” which is why I wanted to include a character like LeMilion. Also, I grew up in a time where some people attributed Black men being gay to them not having their fathers in their lives. And I wanted to explore what it was like to be a Black gay boy without a father figure in your life, coming from an ignorant, insignificant town in the Deep South and escaping to the city thinking it’s a safe haven for people like you, only to be unprepared for the dangers that exist there.

Is Brontae supposed to be you?

Because we’re both writers, right? I like to let novels be what they are: fiction. So, no, Brontae is not a surrogate for me. However, he is a writer, which makes him different in ways he’s still figuring out. He’s also lonely, unsure of his place in the gay community, unhappy with what he has to do to earn a living, and unsure of what he can do to change any of these things. So I do see myself in Brontae but he is a character in MENAFTER10, not me.

You left the city ambiguous, something I did in my own work. Did you have a city in mind or a general geographic region? How does the location play a part in the story?

I’m so glad you asked about the setting of the book! I think that the use of setting in any story is such an important element of writing, which I’m sure you’ll agree with.

I chose not to name the city in which MENAFTER10 takes place because the book revolves around a gay hookup app that can be used anywhere at anytime. So I didn’t want people to ascribe the problems depicted in the stories of these gay men to any one place, because these problems exist everywhere. You can feel socially detached in Seattle or San Diego. Getting blocked in Beaumont, Texas feels the same as it does in Boston.

Also, in my head, I think the city is located wherever the city in Gloria Naylor’s The Women of Brewster Place is (which is also unnamed), because that’s my favorite novel ever and a major inspiration for both myself and MENAFTER10.

I believe a good story can inspire a hero. How can anyone save us if they don’t see us?

I saw the search for identity as a major theme you tackle in MENAFTER10. In particular, growing older seemed to be a common theme. Aging in the gay community has always been a taboo: don’t do it. How do you see this attitude affecting the overall mental health and well-being of Black gay men?

I think one of the most unfortunate things about the gay community is how it doesn’t really prepare you to grow old within it, unless you can somehow compensate for it. Nowadays, it’s like you can get a little older but don’t be, like, old-old. Be a daddy! Which basically says be financially successful, attractive, or popular enough to make up for your lack of youth. How harsh is that? I feel like there’s even less tolerance for men that look their age in the Black gay community.

Black gay men have had strong literary voices for decades. How do you see our voices contributing to the times we currently live in (BLM, attack on trans rights, etc.)?

I believe a good story can inspire a hero. How can anyone save us if they don’t see us? Even in these changing times, writers like yourself are using our voices to make sure we are seen and heard and that the world knows that we are very much here. That’s awesome.

Who are your literary heroes?

That’s really tough to say. Iceberg Slim’s use of raw language and dialogue has always stuck with me and kept me street-smart and unpretentious. Shirley Jackson’s excellency with dark themes and subject matter keeps me from ending all my stories with “happily ever after.” And Stacey Abrams’s ability to write romance while also being an advocate for voting rights keeps me hopeful.

Minnie Bruce Pratt on Magnified, Making A Home We Can All Be Safe In
Academia and Queerness in Buffalo, New York During the 1980s
Benjamin Alire Sáenz: On Growing Up and Self-Expression