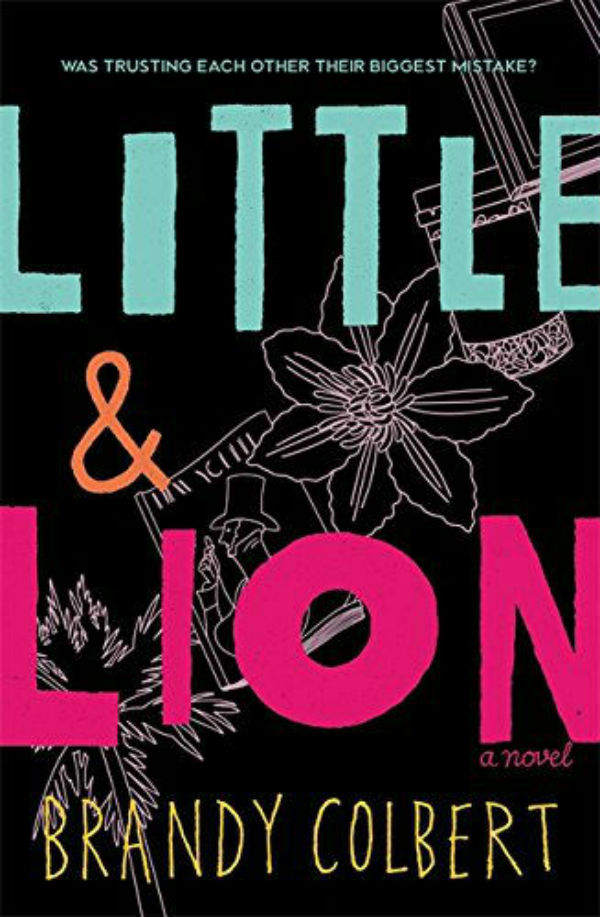 After spending a year away from home at a boarding school in New England, sixteen-year-old Suzette is ready to return to Los Angeles and to her friends and family. However, home isn’t the peaceful place it used to be. Suzette struggles to reconnect with her brother Lionel, who’s recently been diagnosed with bipolar disorder–an ongoing struggle he is having a hard time managing. Simultaneously, Suzette’s finds herself  immersed in numerous romantic entanglements.

From the author of the novel Pointe, Little & Lion is a book about accepting oneself while also learning how to support loved ones in their time of need. Throughout the novel, Suzette struggles with secrets: from her bisexuality, to learning that her brother is refusing to take his medication. As these secrets begin to weigh down on her, Suzette soon finds herself falling for her childhood friend, Emil, as well as the new girl in hometown, Rafaela Castillo.

Written with an empathetic and thoughtful eye, the novel’s treatment of intersectional identity is imbued with a compassionate humanity. Suzette’s identity as an African-American, bisexual Jewish young woman is given the weight it deserves; the novel address the pride that Suzette derives from her identity as well as the pain of hiding parts of it at a conservative, almost all-white school. Other characters such as Emil is half black and half Korean with Meniere’s disease, and Rafaela, is Latinx and pansexual; these characters are presented with a real sense of depth that avoids the problem of tokenism that often runs through contemporary young adult novels. The book also includes a sympathetic portrayal of disability, both mental and physical, all the while examining the various degrees of privilege and stigma surrounding these issues.

Without restoring to preachy rhetoric, Little & Lion centers a voice that is rarely heard in young adult literature. The novel deftly articulates the protagonist’s journey of examining identity in a clear and honest manner; it is an exceptional read that offers astute discussions of love, disability, ethnicity, and sexuality.