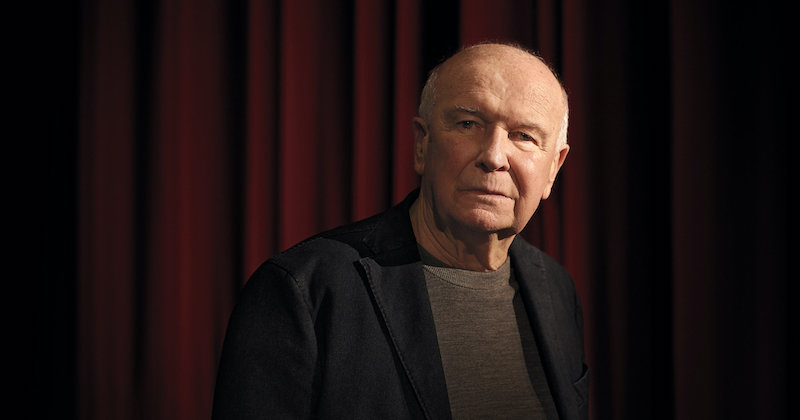 Acclaimed playwright Terrence McNally has died. McNally, 81, died on March 24, 2020, in Sarasota Florida, due to complications from COVID-19. McNally is survived by his husband, producer Tom Kirdahy.

McNally was born in St. Petersburg, Florida on November 3, 1938. McNally’s parents moved frequently across the country but they often visited New York to attend Broadway shows. At a young age, they instilled in McNally the infinite, artistic possibilities inherent in the theater. In the 1950s, he attended Columbia University; after graduation he parlayed his adolescent love of the stage into a celebrated career that spanned decades.

McNally ‘s work tackled an assortment of themes, styles, and subjects, from snapshots of contemporary gay male life (Love! Valour! Compassion!) to a two-hander romance (Frankie and Johnny in the Clair de Lune), all told with a deeply felt humanity.

From The New York Times:

Mr. McNally’s Tony Awards attest to his versatility. Two were for books for musicals, ‘Kiss of the Spider Woman’ (1993) and ‘Ragtime’ (1998), and two were for plays, and vastly different ones: ‘Love! Valor! Compassion!’ (1995), about gay men who share a vacation house, and ‘Master Class’ (1996), in which the opera diva Maria Callas reflects on her career.

And those prize winners were only a small part of his oeuvre. With 36 plays to his credit, as well as the books for 10 musicals, the librettos for four operas and a handful of screenplays for film and television, Mr. McNally was a remarkably prolific and consistent dramatist.

Below is a fascinating 2002 interview with the playwright:

Lambda Literary depends on contributions from individuals to lift up LGBTQ voices each and every day.
Donations of any amount are appreciated and used wisely.

William Johnson is a Brooklyn based essayist, editor and cultural critic. He has written the catalogs and introductions for numerous art shows, exhibitions and photography collections: A Question of Beauty, Works by Anika Wilson, 2008 Gallery QB, Boy Book: A Pictorial Study Of Urban Male Nudes in Contemporary Urban Setting, by Khary Simon (KSAD PUBLISHING 2007). He is a contributing arts and culture writer for CrushFanazine. He is also the editor and publisher of Mary Literary, a literary journal dedicated to showcasing Queer/Gay writings of artistic merit. maryliterary.com