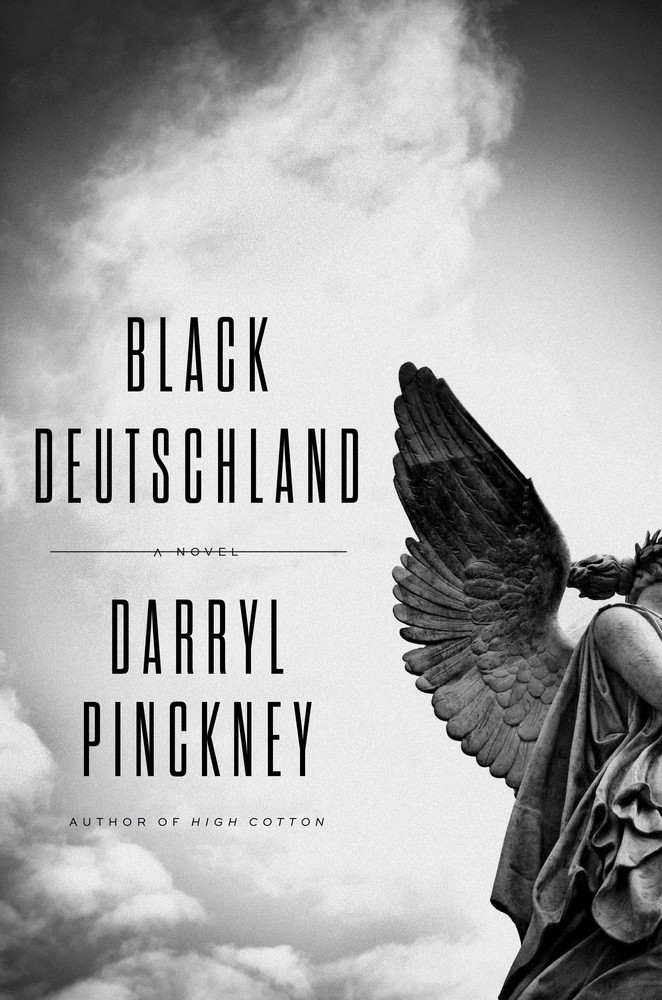 F ebruary is here, bringing with it a slew of new books to enjoy.

This month, Farrar, Straus and Giroux is releasing Black Deutschland by Darryl Pinckney, a deeply felt examination of race, sex, and longing.

Jed–young, gay, black, out of rehab and out of prospects in his hometown of Chicago–flees to the city of his fantasies, a museum of modernism and decadence: Berlin. The paradise that tyranny created, the subsidized city isolated behind the Berlin Wall, is where he’s chosen to become the figure that he so admires, the black American expatriate. Newly sober and nostalgic for the Weimar days of Isherwood and Auden, Jed arrives to chase boys and to escape from what it means to be a black male in America.

But history, both personal and political, can’t be avoided with time or distance. Whether it’s the judgment of the cousin he grew up with and her husband’s bourgeois German family, the lure of white wine in a down-and-out bar, a gang of racists looking for a brawl, or the ravaged visage of Rock Hudson flashing behind the face of every white boy he desperately longs for, the past never stays past even in faraway Berlin. In the age of Reagan and AIDS in a city on the verge of tearing down its walls, he clambers toward some semblance of adulthood amid the outcasts and expats, intellectuals and artists, queers and misfits. And, on occasion, the city keeps its Isherwood promises and the boy he kisses, incredibly, kisses him back.

Aww, the drama of the opera! The life of a tempestuous 1880’s opera diva is explored in Alexander Chee’s new historical novel Queen of the Night (Houghton Mifflin Harcourt):

Lilliet Berne is a sensation of the Paris Opera, a legendary soprano with every accolade except an original role, every singer’s chance at immortality. When one is finally offered to her, she realizes with alarm that the libretto is based on a hidden piece of her past. Only four could have betrayed her: one is dead, one loves her, one wants to own her. And one, she hopes, never thinks of her at all.

As she mines her memories for clues, she recalls her life as an orphan who left the American frontier for Europe and was swept up into the glitzy, gritty world of Second Empire Paris. In order to survive, she transformed herself from hippodrome rider to courtesan, from empress’s maid to debut singer, all the while weaving a complicated web of romance, obligation, and political intrigue.

This month sees the release of Juliana (Booktrope), a new novel from writer Vanda. Juliana provides a snapshot of the “hidden in plain sight lives of gays and lesbians in 1940s New York City”:

It’s 1941 and Alice “Al” Huffman comes from the potato fields of Long Island with her beau, her best girlfriend and her girlfriend’s beau to make it on the Broadway stage only to find she has no talent. She meets Max, a former producer, talent manager and possible con man who introduces her to the glamorous, perpetually on the brink of stardom night club singer, Juliana. Juliana’s voice sounds to Al like “warm milk slipping down the whole of my body.”

Al is increasingly drawn into a secret gay underworld of men who wear dresses and women who smoke cigars, while her childhood friends continue in their “normal” lives. Al glides easily between the two worlds until the worlds collide.

The first new Ginsberg collection in over fifteen years, Wait Till I’m Dead is a landmark publication, edited by renowned Ginsberg scholar Bill Morgan and introduced by award-winning poet and Ginsberg enthusiast Rachel Zucker. Ginsberg wrote incessantly for more than fifty years, often composing poetry on demand, and many of the poems collected in this volume were scribbled in letters or sent off to obscure publications and unjustly forgotten. Wait Till I’m Dead, which spans the whole of Ginsberg’s long writing career, from the 1940s to the 1990s, is a testament to Ginsberg’s astonishing writing and singular aesthetics.

Following the chronology of his life, Wait Till I’m Dead reproduces the poems together with extensive notes. Containing 104 previously uncollected poems and accompanied by original photographs, Wait Till I’m Dead is the final major contribution to Ginsberg’s sprawling oeuvre, a must-read for Ginsberg neophytes and longtime fans alike.

Celebrated performer Joel Grey recounts his epic life in show business and the personal upheavals experienced along the way in Master of Ceremonies: A Memoir (Flatiron Books):

Joel Grey, the Tony and Academy Award-winning Master of Ceremonies in Cabaret finally tells his remarkable life story. Born Joel David Katz to a wild and wooly Jewish American family in Cleveland, Ohio in 1932, Joel began his life in the theater at the age of 9, starting in children’s theater and then moving to the main stage. He was hooked, and his seven decades long career charts the evolution of American entertainment – from Vaudeville performances with his father, Mickey Katz to the seedy gangster filled nightclubs of the forties, the bright lights of Broadway and dizzying glamour of Hollywood, to juggernaut musicals likeCabaret, Chicago, and Wicked.

Master of Ceremonies is a memoir of a life lived in and out of the limelight, but it is also the story of the man behind the stage makeup. Coming of age in a time when being yourself tended to be not only difficult but also dangerous, Joel has to act both on and off the stage. He spends his high school years sleeping with the girls-next-door while carrying on a scandalous affair with an older man. Romances with to-die-for Vegas Showgirls are balanced with late night liaisons with like-minded guys, until finally Joel falls in love and marries a talented and beautiful woman, starts a family, and has a pretty much picture perfect life. But 24 years later when the marriage dissolves, Joel has to once again find his place in a world that has radically changed.

Drawing back the curtain on a career filled with show-stopping numbers, larger-than-life stars and even singing in the shower with Bjork, Master of Ceremonies is also a portrait of an artist coming to terms with his evolving identity. When an actor plays a character, he has to find out what makes them who they are; their needs, dreams, and fears. It’s a difficult thing to do, but sometimes the hardest role in an actor’s life is that of himself. Deftly capturing the joy of performing as well as the pain and secrets of an era we have only just started to leave behind, Joel’s story is one of love, loss, hard-won honesty, redemption, and success.

The deal is struck. But will the convenient pairing turn into disaster or prove to be a stroke of genius? With feelings deepening and attraction undeniable, can two women who have agreed to settle discover that they could actually have it all?