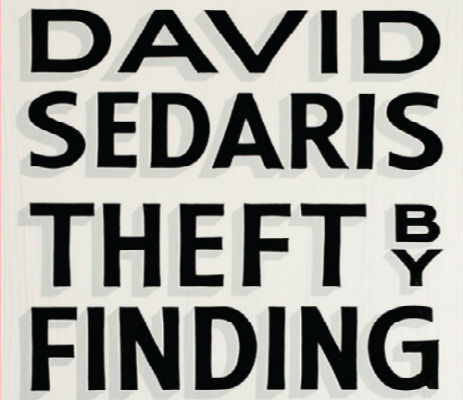 Bestselling humorist David Sedaris has never been shy about exposing his all-too-human frailties to the world. With Theft by Finding (Hachette), the author continues his tradition of self-excavation with the release of his personal journals.

For forty years, David Sedaris has kept a diary in which he records everything that captures his attention-overheard comments, salacious gossip, soap opera plot twists, secrets confided by total strangers. These observations are the source code for his finest work, and through them he has honed his cunning, surprising sentences.

Now, Sedaris shares his private writings with the world. Theft by Finding, the first of two volumes, is the story of how a drug-abusing dropout with a weakness for the International House of Pancakes and a chronic inability to hold down a real job became one of the funniest people on the planet.

In his autobiographical novel, The End of Eddy (FSG), writer Édouard Louis details one boy’s tumultuous coming of 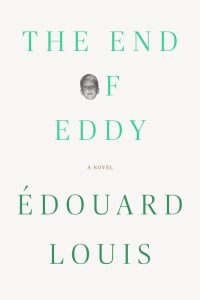 “Every morning in the bathroom I would repeat the same phrase to myself over and over again . . . Today I’m really gonna be a tough guy.” Growing up in a poor village in northern France, all Eddy Bellegueule wanted was to be a man in the eyes of his family and neighbors. But from childhood, he was different―“girlish,” intellectually precocious, and attracted to other men.

Already translated into twenty languages, The End of Eddy captures the violence and desperation of life in a French factory town. It is also a sensitive, universal portrait of boyhood and sexual awakening. Like Karl Ove Knausgaard or Edmund White, Édouard Louis writes from his own undisguised experience, but he writes with an openness and a compassionate intelligence that are all his own.

Lambda-Award winning author Barbara Browning’s new novel, The Gift (Emily Books), is a clever exploration of the need for connection in the postmodern age.

In the midst of Occupy, Barbara Andersen begins spamming people indiscriminately with ukulele covers of sentimental songs. A series of inappropriate intimacies ensues, including an erotically charged correspondence and then collaboration with an extraordinarily gifted and troubled musician living in Germany.

At the height of the Red Scare, Angela Calomiris was a paid FBI informant inside the American Communist Party. As a Greenwich Village photographer, Calomiris spied on the New York Photo League, pioneers in documentary photography. While local Party oﬃcials may have had their suspicions about her sexuality, her apparent dedication to the cause won them over.

When Calomiris testified for the prosecution at the 1949 Smith Act trial of the Party’s National Board, her identity as an informant (but not as a lesbian) was revealed. Her testimony sent eleven party leaders to prison and decimated the ranks of the Communist Party in the US.

Undercover Girl is both a new chapter in Cold War history and an intimate look at the relationship between the FBI and one of its paid informants. Ambitious and sometimes ruthless, Calomiris deﬁed convention in her quest for celebrity.

In her new YA novel, Rough Patch (Arsenal Pulp Press), Nicole Markotić illuminates one girl’s struggles in navigating both love and family life:

In this compelling novel for young adults, Keira is a quirky but shy teen entering her first year of high school; she navigates her growing interest in kissing both girls and boys, while not alienating her BFF, boy-crazy Sita. As the two acclimate to their unfamiliar surroundings, they manage to find new lunchmates and make lists of the cutest boys in school. But Keira is caught “in between”―unable to fully participate in these kind of conversations, yet too scared to come clean. She’s also feeling the pressure of her family’s problems: parents who married too young and now have money issues; an older brother who’s the popular kid at school and takes every opportunity to taunt Keira; and a younger sister who uses a wheelchair and must put up with adults who expect too little or too much from her.

Keira finds solace in training for the regional finals in figure skating, which she loves even though she knows it’s geeky (and very het-girl!). But when she meets a girl named Jayne who seems perfect for her, she isn’t confident she can pull off her charade any longer.

If you are looking to pick up your summer beach read a little early this year, check out these new fiction titles from Rakesh Satyal, Shani Mootoo, and Anne Garréta.

William Johnson is the former Deputy Director of Lambda Literary.