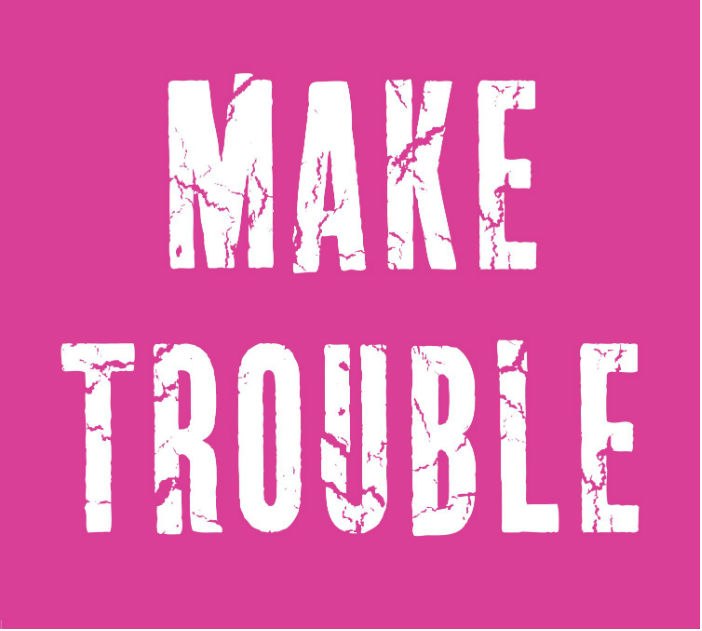 In his new book, Make Trouble (Algonquin), writer and director John Waters offers his on transgressive take on the self-help manual.

When John Waters delivered his gleefully subversive advice to the graduates of the Rhode Island School of Design, the speech went viral, in part because it was so brilliantly on point about making a living as a creative person. Now we can all enjoy his sly wisdom in a manifesto that reminds us, no matter what field we choose, to embrace chaos, be nosy, and outrage our critics.

Anyone embarking on a creative path, he tells us, would do well to realize that pragmatism and discipline are as important as talent and that rejection is nothing to fear. Waters advises young people to eavesdrop, listen to their enemies, and horrify us with new ideas. In other words, MAKE TROUBLE! 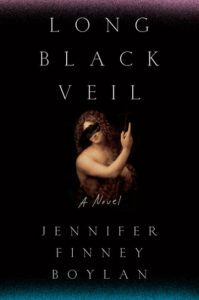 On a warm August night in 1980, six college students sneak into the dilapidated ruins of Philadelphia’s Eastern State Penitentiary, looking for a thrill. With a pianist, a painter and a teacher among them, the friends are full of potential. But it’s not long before they realize they are locked in—and not alone. When the friends get lost and separated, the terrifying night ends in tragedy, and the unexpected, far-reaching consequences reverberate through the survivors’ lives. As they go their separate ways, trying to move on, it becomes clear that their dark night in the prison has changed them all. Decades later, new evidence is found, and the dogged detective investigating the cold case charges one of them—celebrity chef Jon Casey— with murder. Only Casey’s old friend Judith Carrigan can testify to his innocence.

But Judith is protecting long-held secrets of her own–secrets that, if brought to light, could destroy her career as a travel writer and tear her away from her fireman husband and teenage son. If she chooses to help Casey, she risks losing the life she has fought to build and the woman she has struggled to become. In any life that contains a “before” and an “after,” how is it possible to live one life, not two?

Writer Robert Hofler’s new biography of journalist Dominick Dunne, Money, Murder, and Dominick Dunne: A Life in Several Acts (University of Wisconsin Press), delves into the life of one the foremost chroniclers of the notorious members of the cultural “elite.”

Dominick Dunne seemed to live his entire adult life in the public eye, but in this biography Robert Hofler reveals a conflicted, enigmatic man who reinvented himself again and again. As a television and film producer in the 1950s–1970s, hobnobbing with Humphrey Bogart and Natalie Wood, he found success and crushing failure in a pitiless Hollywood. As a Vanity Fair journalist covering the lives of the rich and powerful, he mesmerized readers with his detailed coverage of spectacular murder cases—O.J. Simpson, the Menendez brothers, Michael Skakel, Phil Spector, and Claus von Bülow. He had his own television show, Dominick Dunne’s Power, Privilege, and Justice. His five best-selling novels, including The Two Mrs. Grenvilles, People Like Us, and An Inconvenient Woman, were inspired by real lives and scandals. The brother of John Gregory Dunne and brother-in-law of Joan Didion, he was a friend and confidante of many literary luminaries. Dunne also had the ear of some of the world’s most famous women, among them Princess Diana, Nancy Reagan, Liz Smith, Barbara Walters, and Elizabeth Taylor.

Dunne admitted to inventing himself, and it was that public persona he wrote about in his own memoir, The Way We Lived Then. Left out of that account, but brought to light here, were his intense rivalry with his brother John Gregory, the gay affairs and relationships he had throughout his marriage and beyond, and his fights with editors at Vanity Fair. Robert Hofler also reveals the painful rift in the family after the murder of Dominick’s daughter, Dominique—compounded by his coverage of her killer’s trial, which launched his career as a reporter.

In her description of the book, author Chris Kraus states:

Growing up queer in Florida in the 1980s, James Allen Hall’s life has taken him to places that high culture rarely treads … In these essays, Hall lives alongside, and empathically lives through, his family’s meth addiction, and mental illnesses … and considers his own penchants for less than happy, equal sex with an agility, depth, and lightness that is blissfully inconclusive. I Liked You Better Before I Knew You So Well is a tragic, funny, graceful book.”

In her new YA novel, Get It Together, Delilah! (Chronicle Books), writer Erin Gough illuminates the heartbreaking and comedic tribulations of teenage life:

Seventeen-year-old Delilah Green wouldn’t have chosen to do her last year of school this way, but she figures it’s working fine. While her dad goes on a trip to fix his broken heart after her mom left him for another man, Del manages the family cafe. Easy, she thinks. But what about homework? Or the nasty posse of mean girls making her life hell? Or her best friend who won’t stop guilt-tripping her? Or her other best friend who might go to jail for love if Del doesn’t do something? But really, who cares about any of that when all Del can think about is beautiful Rosa who dances every night across the street. . . . Until one day Rosa comes in the cafe door. And if Rosa starts thinking about Del, too, then how in the name of caramel milkshakes will Del get the rest of it together?

Watch This! The Film Trailer for 'The Miseducation of Cameron Post'
New in May: Vivek Shraya, Ali Smith, John Waters, and John Glynn
‘Sister Spit: Writing, Rants and Reminiscence from the Road’ Hits Bookstores this September