‘Everywhere Home: A Life in Essays’ by Fenton Johnson

‘Everywhere Home: A Life in Essays’ by Fenton Johnson 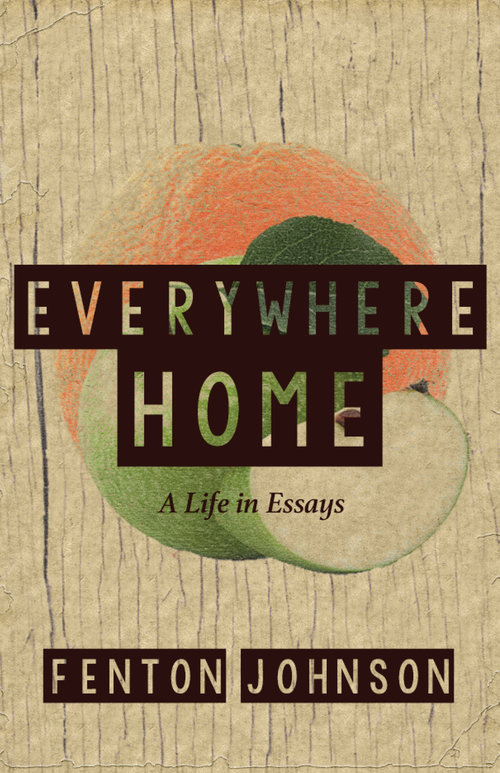 Put simply, Fenton Johnson’s Everywhere Home: A Life in Essays (Sarabande, 2017) is dazzlingly encyclopedic, chronicling both the peculiarities and mundanities of queer life over the last thirty years. The love child of Susan Sontag and Oscar Wilde, two looming figures who positively haunt these essays at every turn, Johnson writes here with a graceful and specifically queer promiscuity, covering the seemingly wide gulfs between the AIDS pandemic and urban gentrification, Kentucky and San Francisco, Paris and Tucson, faith and doubt, and the relationship between siblings born vs. the relationship of siblings chosen. Unapologetically smart and visionary, Everywhere Home: A Life in Essays is simply required reading.

Divided into four sections, plus compass-like prologue and epilogue, the 24 essays comprising Everywhere Home render the book an ambitious endeavor for writer and reader alike. In fact, in the hands of almost any other essayist, the sheer volume included would reduce the book to a collection tedious, tiresome, and trite. Thankfully here, however, we never want less of Johnson, we only want more. Compounding Johnson’s ability to formulate such a seamless collection is the consistent, yet advancing, voice that moves across essays written over nearly three decades; the oldest included here was published in 1989, the newest in 2016, and yet, these are essays that, as the collection’s subtitle suggests, painstakingly and accurately show us a life traveling through time. This, despite Johnson’s constant claim that “I do not believe in time.” No less than Phillip Lopate writes accurately of Everywhere Home: “Rarely has a collection of essays assembled over decades felt this unified, this consistent in voice… with honesty, clarity, great-heartedness and thoughtfulness.”

What radiates from Johnson’s voice even more than a nonexistent, yet omnipresent sense of time is a keen and novel sense of place. “Only mad dogs and white men would attempt to inhabit this godforsaken place,” he writes in “Dreamers and Fools,” concluding that “at this moment of the American Empire’s decline, this science fiction setting is home for our premier arts festival… the landscape of Burning Man.” His childhood Kentucky is topographically rendered vis-à-vis its Christian sects: “I grew up in the Kentucky Knobs… steep, Catholic-ridden ridges that form a ragged barrier between the ruling-class Presbyterians and gentleman-farmer Episcopalians of the rolling Bluegrass to the north and east, and the foot-washing Baptists and dirt-poor Pentecostals of the lumpy Pennyrile to the south and west;” as a formerly evangelical turned queer atheist also of the “westward-flung, north-west-curling finger of the Appalachians,” I can personally attest to this vivid demarcation of class and religion and one’s very being.

Of course, place and time are intrinsically bound ideals, and Johnson portrays this peculiar inextricability with an awareness I have rarely, if ever, encountered in contemporary literature. “San Franciscans’ fatal flaw,” he writes in “City of Innocence and Plague,” “is to misunderstand the object of our adoration. We style it the City—not even New Yorkers are so fixed on the habit—but in fact it is only another of the infinite names of God, a word I use to name this present moment, this here and now.” So many of these essays—whether they take on as their central theme AIDS or the sublime or a modern Narcissus in a Tucson locker room—consider the predicament of living in the waning American empire. “In these dark days of the Republic,” Johnson writes back when Donald Trump was just an odd reality star and hotelierm not our Commander in Chief, “anyone who’s not depressed or angry isn’t paying attention, but antidepressants stand in nicely for the soma of Huxley’s Brave New World. The future is now. We have dug our graves and we lie in them, complacent.” How astute, not to mention fortuitous.

I say we want more of Johnson, not less, and my reasons for this claim might be controversial: in an era when much queer nonfiction–especially that written by gay men with freshly minted MFAs–reads as grousing and uncomplicated “thought pieces,” Johnson muddies the oft expected “gay-man-as-victim” narrative at every turn. He plainly refuses victimization despite many of the essays portraying the lives and deaths of his companions, including his partner, at the height of the AIDS pandemic in San Francisco and Paris. If one tradition in modern gay literature is to place blame everywhere but upon the self, Johnson usurps this lineage; he is not interested in blame, it appears, at all. As Johnson writes in his meditation on Wilde’s De Profundis, “The lesser man must berate and blame; the greater man will be an artist in spite of his flaws—it his vocation and his destiny.” Johnson is a fresh artist who has been quietly making his art for decades. It is high time we learn from him everything we can.

'Gender Outlaws: The Next Generation' ed by Kate Bornstein and S. Bear Bergman
GunnShots: Summer 2012
Radiance on The Other Side of Struggle: Selected Poems of Emanuel Xavier

D. Gilson’s latest books are Boyfriends (forthcoming from New York University Press) and Jesus Freak, with Will Stockton (Bloomsbury, 2018). His work has appeared in Threepenny Review, POETRY, and The Rumpus. Find him at dgilson.com.