I finally got my extensions today... :) 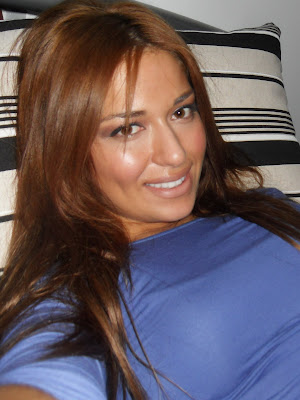 I went to an Afro carribean hair salon, and can I say.. why didn't I do this before? 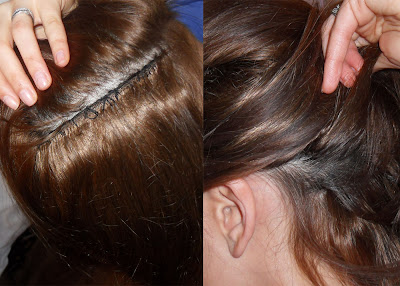 Basically what she did was corn row (braids) in rows into my hair starting from the bottom, she used extra bits of hair while cornrowing it to make it a tiny bit thicker. The cornrow itself was about half a cm. She secured the row into place by sewing it, then sewed in the extension onto the corn row. It hurt a little bit as it's quite tight, but it was bearable :) 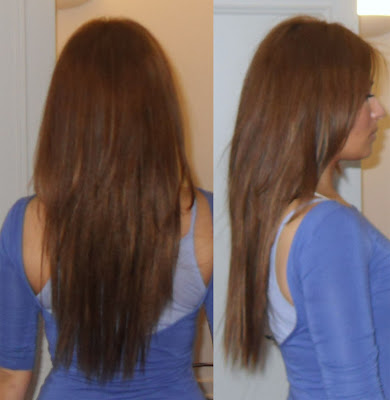 It looks quite natural from the back and the side, the colour match is perfect! She also layered the hair in to make it look more like mine!
The hair itself cost £35.99 from an Afro Carribean hair shop, it's 18 inch 100% human hair weft. At the salon they charged £5 a row.. I have 4 rows, 2 of which are double wefts of hair. In total it cost me £56 including the hair.

It will last approx 1 month, maybe longer.. I think this is a great step to go for after clip ins, as it just looks so natural and you don't have to take them out at night, or worry about the wind blowing it off... It's also not damaging to the hair, once the rows get loose you take them out and can have them put back in again. easy as that! Oh and it took just less than an hour to complete.

it's just so nice to finally have long hair after trying to grow it.. I haven't had hair this long since I was 11! what do you think? :) xx

Anonymous said…
Ok your extensions look beautiful! :) I would love to try extensions just for a little while, no doubt Ill want to get back to short hair again though!
24 March 2009 at 22:01

Jesse said…
Wow that looks amazing!!the color match is perfect and I would never have known they were extensions they look so natural unlike most extensions. You look gorgeous!
24 March 2009 at 22:03

rufflesandrouge said…
they look amazing, and yet so natural. Your hair color is gorgeous btw, I never realized how vibrant it was :)
24 March 2009 at 22:05

Kelly said…
This looks absolutely amazing. Gorgeous and excellent value for money :D Its a shame i dont have any afro caribbean hair salons near me :) Im going to pick up some clip in extensions as soon as i can :) xoxoxo
24 March 2009 at 22:05

Shortiee31 said…
:o It looks beautiful! So natural looking I wouldn't have guessed they were extensions! Looks amazing :) xx
24 March 2009 at 22:10

Muhsine Emin said…
thanks girls, i really appreciate it, ive wanted long hair for ages and never knew of anything apart from clip ins, im loving this, my hubby likes it too and he "supposedly" didnt like long hair, what a liar!! :) @ladyb thank you for the comment about vibrancy :) @kelly come to london for the bodyshop thing and ill take u to an afro carribean hair shop lol.. xx
24 March 2009 at 22:10

amyyy said…
wow they look lovely
the colour match is perfect and they look so natural
they look gorgeous on you :)
24 March 2009 at 22:12

Ondine said…
It looks amazing! Your hair looks beautifully thick though and I wonder if it might not work as well on people with finer textured hair?
24 March 2009 at 22:13

Muhsine Emin said…
thank you girls..xx :) @amyy i think it will still work on finer textured hair but it might hurt quite abit when putting it in and maybe wont last as long :(
24 March 2009 at 22:22

OxfordJasmine said…
I love your extensions, they look wonderful. I have long hair (15 inches) but I wonder if it would make it look thicker as it's quite fine/flyaway, it is easy to put up in a pony tail?
24 March 2009 at 22:22

Muhsine Emin said…
@oxfordjasmine, yes it would add lots of volume, it's easy to put in a low ponytail, i think it would be quite difficult and unnatural to put in a high ponytail though. x
24 March 2009 at 22:28

Anonymous said…
Oh wow, it looks amazing. I can't even tell that it's not yours and such a great match to your color. Those kind of places are the best finds, nice hair and a great price too. Soooo much better and cheaper than the glue in extensions and even clip ins. I want me some hair now...LOL. Thank God we have places like that all over Georgia.
24 March 2009 at 22:35

Anonymous said…
wow it looks great...hehhe the bit about not having to worry about it flying away was funny.

Unknown said…
Hi Bubblegarm,
You are such a stunning lady! I am loving the hair, this look is amazing. I adore reading your blog. Im Brasilian and my boyfriend is from Cyprus:)
Last year I have been wearing my clip in extension but I have been contemplating putting extensions in can you please recomend me the afro beauty hair salaon in London? xox
24 March 2009 at 23:50

vamp princess said…
wow, they look amazing! so natural. i am thinking of getting extensions sometime as well. i am trying to grow my hair out, i want really long hair. like your is now, but it really isn't working out too well.
25 March 2009 at 05:07

Muhsine Emin said…
@monika.tarasinka thank u v much :) I got my hair from a large Afro carribean shop in tottenham, u can also get it from dalston I think... The one I went to was really good.. Email me if u want directions bubblegarm@London.com take care x
25 March 2009 at 08:25

Anonymous said…
OMG you are beautiful!!!
the hair is an exact color match and you can pull of both short and long hair!!
you pretty pretty girl :D
I think I am also going to do that, as we have alot of afro caribbean hair salons here..
25 March 2009 at 08:39

Av said…
Such a great match to your own hair they look amazing! You carry it off so well!

I had this done about 2 years ago for a friends wedding but I didn't buy the hair myself and in the afro caribbean shop they just sew in their own hair - it ended up matted and very hard to control after about a week!!! May have to go down your route but don't think I'd have to confidence to pull it off esp at work!
let us know how you get on with washing and styling them!
25 March 2009 at 09:12

Muhsine Emin said…
Thanks Avril :) Saying that i was feeling very paranoid like everyone was staring at my hair but i think im getting used to it.. ppl at work didnt even realise until i told them :) result! i think u shud def give these another go but go with ur own hair :) have a lovely day. xx
25 March 2009 at 09:26

Lily-Lou said…
Oh wow! It looks gorgeous! Im definately going to look into getting that done! Do you dye your hair? I love the colour! xx
25 March 2009 at 09:47

Anonymous said…
Your extensions look amazing!! I absolutely love your hair colour too
25 March 2009 at 11:43

Muhsine Emin said…
Thanks girls, and laylilola yes i do dye my hair, i use loreal preference ultra lightening ash brown :) xx
25 March 2009 at 12:22

Alexandra said…
Oh wow! I can't believe how good it looks..the color match is just insane, it's like it was made for you...glad to hear it didn't hurt too bad as that's the very first thing I thought of when you said they were sew-ins! I'd love to hear how you up keep it throu-out the time you have it in! ♥
25 March 2009 at 17:06

Anonymous said…
ur hubby likes shorter hair? i always feel like guys like long hair on girls lol even my brothers tell me i shouldn't cut my hair lol =P
25 March 2009 at 17:31

Anonymous said…
i hope you don't get offended, but you did ask for honest opinions..but i much prefer it shorter, looks a lot nicer, and a lot more your age. no offence but you look like a little girl with the long hair in no real style.
i hope you go back to the short hair soon.
26 March 2009 at 08:17

Rai said…
I think it looks awesome! :]
It matches your hair really good.

Kirsten Read said…
I just realised i forgot to comment - wow soo long and perfect match looks great ... but i do have to admit i really loved your hair shorter ... i always thought you had that really effortless chic look with the shorter hair. BUT, i do think you look fab with long hair tooxx
26 March 2009 at 19:27

Unknown said…
Hey hun,
I'm really interested in this method of extensions. I asked in my local afro Caribbean hairdressers and it would cost me around £45 to have it done. I just want to know if its still looking good and fairing well?
I don't want to get them done if they are going to look matted and stuff after a week or so. Also are they easy to handle/style? How much should you wash them etc? I will be greatful for any info you can share with me!
btw you look gorgeous!
x
3 April 2009 at 21:05

mac-artist-lalia said…
omg! where is this shop!
in london?

im in london almost every other week, for work.

i would so love that done to my hair!

Anonymous said…
hey! your hair looks amazing!! you're so unbelievably beautiful :) ..and i love your makeup looks and reviews, i'm new to your blog but keep up the good work!! xxxx
5 June 2009 at 09:54

Kerry-Ann said…
Hi Bubblegarm..I was gogling jair extensions salon and your blog came up..can you tell me where you had it done..it looks great
9 June 2009 at 22:38

Unknown said…
Hi! i think you look absolutely stunning in them! im getting mine done just before new years eve but the salon is chaching me 130 pounds for everything which is more than twice what they charged you! do you know weather you could give me a number, e-mail or something so i can contact the place you had them done at? thank you! :)
15 December 2010 at 18:35

tc said…
Your extensions look gorgeous and natural. It looks your own hair. What brand extensions did you use? You have pretty skin also. What do you use on it?
9 February 2011 at 03:53

jenelynp said…
Great! It looks nice on you. I love it. Thank's

jenelynp said…
Great! It looks nice on you. I love it. Thank's

Unknown said…
Hey your hair looks great! So natural I also got my full head of extensions and I used www. LuxMaine.com this hair falls a little more natural and it's fuller. I just wanted to share that with you if you plan on getting them done again...!

Unknown said…
Also I have tried both glue and sewin methods and sew in is so much healthier so your choice was smart lol.
28 November 2012 at 01:39

Unknown said…
Also I have tried both glue and sewin methods and sew in is so much healthier so your choice was smart lol.
28 November 2012 at 01:44 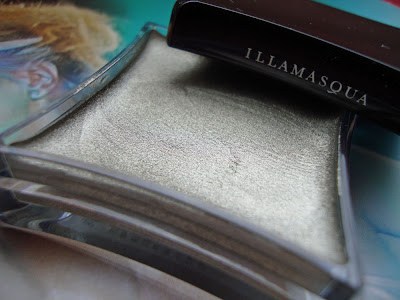 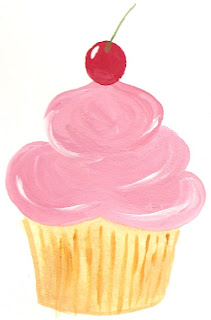